With an election coming up in November, Trump is keen to make good on pledge to end America's longest war, but observers say it appears the Taliban have yet to be convinced to come to the negotiating table with Kabul.

Western forces will only leave Afghanistan if the Taliban make good on their commitment to reduce bloodshed, the head of NATO warned Wednesday, as attacks surge.

The militants have ramped up violence against Afghan forces since signing a deal with Washington at the weekend, casting doubt over peace talks between Kabul and the Taliban, due to begin on March 10.

NATO Secretary General Jens Stoltenberg told AFP that a "long and hard" road to peace lay ahead but warned the Taliban that if they reneged on the agreement, foreign forces would not leave.

"It is a very difficult situation and Taliban must honour their commitment. We need to see reduction in violence," Stoltenberg told AFP in an interview in Zagreb, where he attended a meeting of EU defence ministers.

US President Donald Trump has touted the deal, signed in Doha, as a way to end the bloody 18-year US military presence in Afghanistan.

But overnight, Taliban militants killed at least 20 Afghan soldiers and policemen in a string of attacks in the latest breach of the partial truce.

Under the terms of the deal, US and other foreign forces will quit Afghanistan within 14 months, subject to Taliban security guarantees and a pledge by the insurgents to hold talks with the government of President Ashraf Ghani.

NATO, which has a 16,000-strong training and support mission in Afghanistan, has long insisted it would only leave when conditions were right – in particular that terrorists could not use the country as a springboard for attacks abroad.

"The agreement that was signed on Saturday was an important first step, but it's only a first step," said Stoltenberg, who as prime minister of Norway sent troops to Afghanistan following the US-led invasion that overthrew the Taliban in 2001.

"The road towards peace will be long and hard and we have to be prepared for disappointments."

"At the same time there is no alternative. The only way to have a peaceful solution is a negotiated agreement and to talk to Taliban."

With an election coming up in November, Trump is keen to make good on pledge to end America's longest war, but observers say it appears the Taliban have yet to be convinced to come to the negotiating table with Kabul.

Barely three days after signing the partial truce deal, the Taliban announced they were resuming their offensive against Afghan government forces.

In a sign of their intent, the militants have mounted 30 attacks in 15 of the country's 34 provinces in the space of 24 hours, according to the Afghan interior ministry. 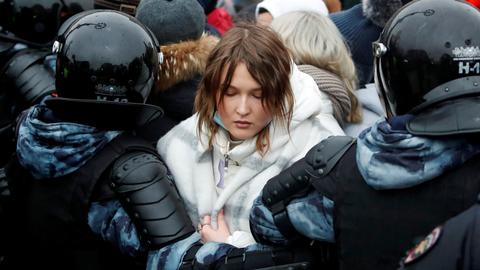