The National Radical Camp (ONR), a group with roots stretching back to an anti-Semitic pre-World War II movement, vows to use the same route and timing of the state parade for their controversial annual independence day march.

Poles mark a century of independence on Sunday amid tensions in the deeply polarised country over the prominent role that marginal far-right groups gained in shaping the main state parade.

Chaos engulfed plans for the state military parade in Warsaw just days ahead of the centenary, as far-right groups vowed to use the same route and timing for their controversial annual independence day march.

Last year's edition of that march drew global outrage when some participants displayed racist and anti-immigrant banners and slogans. Its organisers include the National Radical Camp (ONR), a group with roots stretching back to an anti-Semitic pre-World War II movement.

Groups of this nature are marginal in Poland.

In a bid to avoid a similar debacle on the centenary, the right-wing Law and Justice (PiS) government and allied President Andrzej Duda on Wednesday announced the state military parade, insisting that it had legal priority.

But the far-right groups refused to back down after a Warsaw court overruled a separate ban imposed by the capital's mayor citing the risk of violence and hate speech.

The PiS government spent Friday in a tug of war with far-right groups over the scheduling of the two events. The sides confirmed late on Friday that they would coincide.

PiS Prime Minister Mateusz Morawiecki has vowed that authorities would act "decisively" against any public display of fascist symbols or slogans, something that is banned by law in Poland.

"There is a clear red line between patriotic behaviour and nationalistic or chauvinistic (behaviour), or neo-Nazis," he told the foreign press corps on Thursday.

Underscoring Poland's growing isolation in the European Union since the PiS took office in 2015, no senior delegations from fellow EU states are due to show up for the centenary coinciding with the Armistice that ended World War I.

The government has put Poland on a collision course with the EU by introducing a string of controversial judicial reforms that Brussels has warned pose a threat to judicial independence, the rule of law and ultimately to democracy.

EU President Donald Tusk, a former liberal Polish prime minister, will be the bloc's only senior representative in Warsaw on Sunday and his visit comes amid speculation that he may return to run for president in 2020.

Speaking on Saturday in the central Polish city of Lodz, Tusk likened the PiS to "contemporary Bolsheviks" who must be "defeated".

He also repeated a warning that the party could unwittingly unleash a "Polexit" from the EU despite the bloc's strong popularity among Poles and the many assurances of PiS leader Jaroslaw Kaczynski that his party has no such designs.

Widely regarded as Poland's de facto powerbroker, Kaczynski has played a key role behind the scenes in shaping both domestic and foreign policy since the PiS took office. He and Tusk are arch-rivals.

Poles will pause nationwide at the stroke of noon on Sunday to sing their national anthem as part of the centenary celebrations.

It will be a rare show of unity in the EU and NATO country of 38 million people that has become increasingly polarised since the PiS took office in 2015.

While robust economic growth coupled with the government's generous social welfare measures and conservative stance have garnered it support mainly in rural areas, its judicial reforms have also sparked outrage among urban centrists and liberals.

"We're talking about two separate Polands: one liberal, worried about the free market and civil freedoms, and the other, conservative, statist, wanting to control everything and everyone," Stanislaw Mocek, a Warsaw-based political analyst, told AFP.

But Norman Davies, an Oxford historian and a renowned authority on Poland, insists that despite the recent turmoil "Poles have never had it so good".

Before November 1918, Poland did not exist at all for 123 years, carved up between the Prussian, Russian and Austro-Hungarian empires.

"From all those countries (that regained independence in 1918), Poland has been the most successful... not only in economic terms but also in terms of political stability, constitutional consensus and geopolitical security" within NATO, Davies said, speaking at a recent security conference in Warsaw. 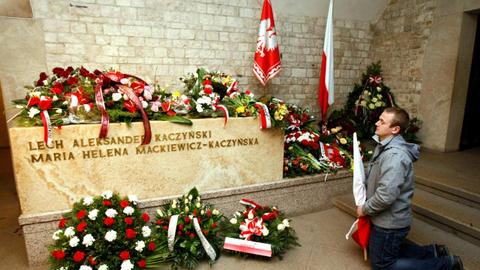