President Andrzej Duda won 51.03 percent of votes in the July 12 election runoff. Most opposition leaders didn't attend the swearing-in ceremony showing their disapproval of what they call Duda’s disregard for the Constitution during his first term.

Poland’s conservative President Andrzej Duda has been sworn in for a second five-year term before parliament members.

Most opposition parliamentarians and former presidents and prime ministers did not attend the swearing-in ceremony.

Their absence showed their disapproval of what they call Duda’s disregard for the constitution during his first term, and his almost total acceptance of the ruling right-wing party’s policies that have put Poland at odds with European Union leaders.

Duda has been a close ally of the ruling right-wing coalition of the Law and Justice party and two small partner parties.

Openness to all groups

The president vowed openness to all groups and political parties, but he stressed the key role of the family in society and the need to protect it.

The comments were seen as a repetition of his campaign message that was hostile to LGBT rights.

Left-wing lawmakers dressed in rainbow colors for the ceremony, in apparent support for the LGBT community.

Duda won 51.03 percent of votes in the July 12 election runoff while his challenger, liberal Warsaw Mayor Rafal Trzaskowski, received 48.97 percent. Turnout was almost 65 percent in the nation of 38 million.

Later on Thursday, Duda was set to renew his command of Poland’s armed forces, attend an inaugural Catholic Mass and be reappointed to head a committee that bestows Poland’s highest distinctions. 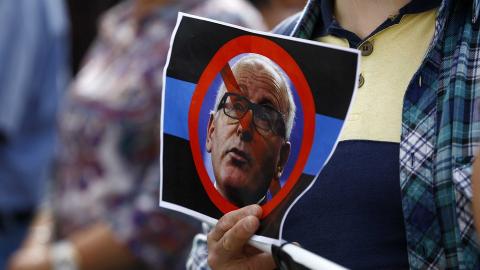