Crypto AG used its base in neutral Switzerland to help it sell code-making equipment to Iran, India, Pakistan, Libya, Egypt, Chile, Argentina and dozens of other countries who in effect paid millions of dollars to be spied on.

Senior members of the Swiss legislature are demanding a parliamentary investigation into a spying operation in which US and German intelligence used a Swiss cryptography company as a front to eavesdrop on other countries.

He is due to report back by the end of June and the cabinet will be briefed.

But pressure is mounting for parliament to launch its own investigation to find out who in Switzerland knew about the scheme.

Although the outlines of "Operation Rubicon" were known for years, new details about its scope and duration were made public this week by Swiss, German and US investigative journalists.

If the Swiss state knew of the operation and turned a blind eye to it, Switzerland's image as a neutral go-between in international affairs could be damaged.

Alfred Heer, head of parliament's government oversight committee, told broadcaster SRF he would propose his panel look into the matter.

"This is the fastest way to shed light on the affair," he said. "It is our obligation to investigate this case."

The centre-left Social Democrats have called for a full parliamentary investigation and two other coalition parties said they were also open to a full investigation, which would be only the fifth in Swiss history.

The company used its base in neutral Switzerland to help it sell code-making equipment to Iran, India, Pakistan, Libya, Egypt, Chile, Argentina and dozens of other countries who in effect paid millions of dollars to be spied on.

The technology was modified to let the CIA and BND break codes, the Washington Post newspaper and German and Swiss broadcasters ZDF and SRF reported. They described US spymasters and their then-West German counterparts as controlling nearly all Crypto operations from 1970.

Several former government officials approached by SRF denied knowledge of the operation or said they did not remember.

SRF cited unnamed sources as saying Swiss intelligence knew of the scheme and that Swiss officials helped block a police investigation in the 1990s after a Crypto executive tipped off authorities. 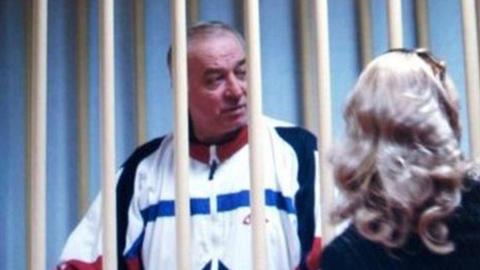