A missing Belarusian dissident has been found hanged in a park in Ukraine, with police opening a murder probe and supporters accusing the regime of Alexander Lukashenko of killing the activist who helped his compatriots flee repression.

"Belarusian citizen Vitaly Shishov, who had gone missing in Kiev yesterday, was today found hanged in one of the Kiev parks, not far from where he lived," the police said in a statement on Tuesday.

Vitaly Shishov, 26, headed the Belarusian House in Ukraine, a non-governmental organisation, and was involved in everything from helping fellow compatriots settle in Ukraine to staging anti-regime protests.

Belarus strongman Lukashenko, who has been in power since 1994, has been cracking down on any form of dissent since mass protests erupted after last year's elections, deemed unfair by the West.

Many Belarusians have fled, often to neighbouring Ukraine, Poland and Lithuania.

Ukraine will do its best to investigate the death of Belarusian activist Vitaly Shishov, who was found hanged in a Kyiv park, Foreign Minister Dmytro Kuleba said on Tuesday.

"Ukraine will do everything possible to fully investigate the case: it is of utmost importance for us to reveal the truth about his tragic death," Kuleba said on Twitter.

The police said they had opened a murder probe and would pursue all leads including a possible "murder disguised as a suicide".

Activist Oleg Ovchinnikov told the AFP news agency that Shishov had bruises on his face and a broken nose when he was found in the woods on the outskirts of Kiev.

An AFP journalist saw several police cars and dozens of police at the scene, some carrying black bags.

The Belarusian House in Ukraine accused the Lukashenko regime of being behind the murder of Shishov.

"There is no doubt that this is an operation planned by Chekists to liquidate a Belarusian who presented a true danger to the regime," the NGO said in a statement, referring to security service agents.

The activist went jogging in Kiev on Monday morning but did not return and could not be reached on his mobile phone.

Shishov moved to pro-Western Ukraine in the autumn of 2020, after joining anti-government protests in Belarus, and helped establish the Belarusian House in Ukraine.

The NGO said that it had repeatedly received warnings about possible "provocations, including kidnapping and liquidation."

Friends of Shishov said he had been followed by "strangers" while jogging recently, according to human rights organisation Viasna.

Belarusian authorities have used force to put down historic demonstrations against Lukashenko's rule and have been trying to snuff out remaining dissent, jailing university students and shutting down independent media.

Belarus has a history of political killings and disappearances, and regime critics have claimed that the Belarusian security services run death squads that hunt down and target Lukashenko opponents.

In 2019, a man who claimed to have served in an elite Belarusian police unit, Yury Garavsky, gave sensational testimony to German broadcaster Deutsche Welle, saying he helped murder three of Lukashenko's political opponents 20 years ago.

The United Nations called on the Ukrainian authorities to conduct a "thorough, impartial and effective investigation into what happened" to Shishov.

"This adds another level to our concerns and our worries about what is happening in Belarus," UN human rights office spokeswoman Marta Hurtado told reporters in Geneva.

"The situation is deteriorating clearly".

"Even abroad Belarusians cannot be safe as long as there are those who are trying to take revenge on them and hide the truth by getting rid of the witnesses," Tikhanovskaya said in a statement on messaging app Telegram.

She also thanked Ukrainian authorities for opening a murder investigation.

Shishov's death came as Belarusian athlete Krystsina Tsimanouskaya said over the weekend she was forced to withdraw from the Tokyo Olympics and threatened with forced repatriation for criticising her athletics federation.

The sprinter, who was granted a humanitarian visa by Poland on Monday, said she feared being jailed if she returned to her country.

Her husband Arseny Zdanevich told AFP on Monday he had fled from Belarus to Ukraine and was hoping to join his wife "in the near future".

Lukashenko sparked international outrage in May by dispatching a fighter jet to intercept a Ryanair plane flying from Greece to Lithuania in order to arrest a dissident onboard. 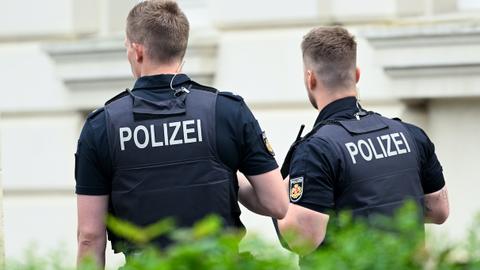 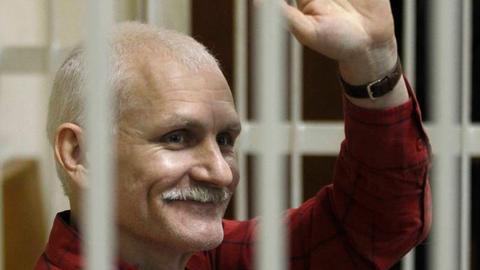