Russian Investigative Committee, the agency that handles major crimes, says the shooter has been identified as a student at the university.

The suspect was detained after being wounded in an exchange of fire with police, the Interior Ministry said on Monday. There was no immediate information available on his identity or possible motive.

The perpetrator, identified as a student, used a non-lethal gun, according to Perm University press service.

In some footage, a black-clad, helmeted figure could be seen striding on a campus sidewalk cradling a long-barreled weapon.

Russia’s Investigative Committee said the gunman fired a smoothbore hunting weapon. That could indicate he used a shotgun.

He was arrested shortly after the incident at Perm University, located around 1,300 kilometres (800 miles) east of Moscow, a university spokesperson and the police said.

Russia's Investigative Committee, the agency that handles probes into major crimes, said the perpetrator was a student at the university.

Russia has strict restrictions on civilian firearm ownership but some categories of guns are available for purchase for hunting, self-defence or sport, once would-be owners have passed tests and met other requirements.

The Investigative Committee has opened a murder probe in the aftermath of the incident.

The state Tass news agency cited an unnamed source in the law enforcement as saying that some students jumped out of the windows of a building.

The regional health ministry said among those wounded were injuries both from the shooting and from trying to escape the building. 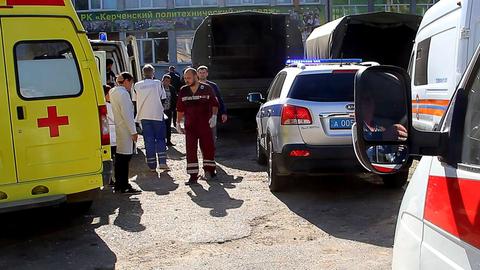