Russian deputy foreign minister Mikhail Bogdanov warned the US about interfering in the Saudi monarchy as international pressure increases on MBS.

Russian envoy to the Middle East Mikhail Bogdanov warned the US against any effort to interfere in the Saudi royal family succession in an interview in Moscow on Tuesday.

Bogdanov said: “Of course we are against interference. The Saudi people and leadership must decide such questions themselves.”

“The King made a decision, and I can’t even imagine on what grounds someone in America will interfere in such an issue and think about who should rule Saudi Arabia, now or in the future. This is a Saudi matter,” he added.

The interview with the Russian envoy came after the US Senate approved the resolution that holds Saudi Crown Prince Mohammed bin Salman (MBS) responsible for the killing of Saudi journalist Jamal Khashoggi.

However, Riyadh has repeatedly denied MBS’ role in the killing claiming that the Saudi operatives carried out a botched plan ‘without MBS’ knowledge’.

Since King Salman appointed his son MBS as his successor in June 2017, Russia has developed close relations with Riyadh - who has been a traditional ally of the US in the Middle East.

MBS is the de-facto leader in Saudi Arabia.

On December 7, the Organization of the Petroleum Exporting Countries (OPEC) and its Russian-led allies agreed to cut oil production by more than what the market had expected despite the pressure exerted by the US President Donald Trump to reduce the price of crude exports.

Vladimir Putin and Prince Mohammed bin Salman exchanged a high-five and laughed together on November 30 as they took seats next to each other at G20 Summit.

Putin’s friendly behaviour towards the crown prince contrasted sharply with that of other leaders at the Buenos Aires summit.

Russia has refrained from criticising Saudi Arabia or the crown prince over the Khashoggi killing. Putin said in October that he lacked information on the matter and said Russia would not ruin its relations with Saudi Arabia because of it.

President Putin is expected to make an official visit to Riyadh in 2019, but the exact dates have not yet been confirmed.

The two countries relations seem to have improved since the Saudi King Salman visited Russia for the first time in history. 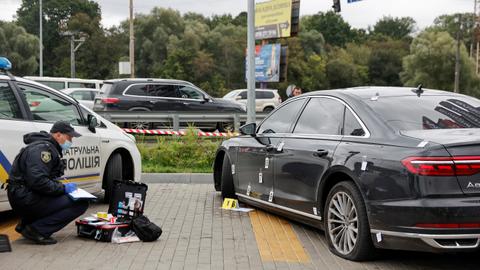