The explosion caused the partial collapse of a residential building in the industrial city of Magnitogorsk, leaving hundreds without a home in freezing temperatures on New Year's Eve.

Russia's emergencies ministry says the search of the concrete rubble from a partially collapsed apartment building has ended and the number of deaths stands at 39.

The ministry declared the operation by hundreds of rescue workers completed on Thursday, three-and-a-half days after a section of a 10-story apartment block collapsed in an explosion.

A 10-month-old boy pulled from the wreckage in the city of Magnitorgorsk on Tuesday was the only person found alive in the debris. He is being treated in Moscow for serious injuries and was described as being in stable condition on Thursday.

On Wednesday, search crews pulled more bodies from the rubble in the city of Magnitogorsk, including a 3-year-old girl, Russian news agencies cited the emergencies ministry as saying.

In a separate incident late on Tuesday, three people died on the same street where the building collapsed when a minibus became engulfed in flames, TASS news agency reported citing the local government office.

Video footage purporting to show the incident, posted on social media sites, shows a burning vehicle and some bangs are heard. A police spokesman declined to comment when contacted by phone.

The reason behind the collapse of the apartment block is still being investigated, the Investigative Committee, which probes into major cries, said on its website.

It said no trace of explosives materials had been found so far on the site. The initial reports put a possible gas leak behind the collapse.

Located in the mineral-rich southern Ural region, Magnitogorsk, with a population of more than 400,000 people, is home to one of the country's largest steel producers.

The high-rise was built in 1973 and was home to around 1,100 people. Residents were evacuated to a nearby school.

Volunteers offered money, clothing and essentials to the victims, and some said they were ready to provide temporary shelter to those in need.

Staff from the local Magnitogorsk Iron and Steel Works (MMK), one of the country's largest steelmakers, took part in the rescue operation.

Billionaire Viktor Rashnikov, who controls the plant, called on city residents to help the victims.

"This is our common tragedy and pain," he said in a statement, adding that MMK would provide financial assistance to those in need.

Investigators opened a criminal probe into the accident, with the FSB security service confirming the blast had been the result of a gas explosion.

Such deadly gas explosions are relatively common in Russia where much of the infrastructure dates back to the Soviet era and safety requirements are often ignored. 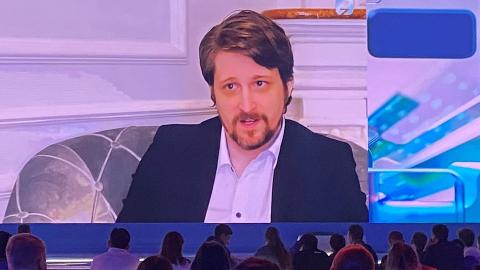