Jan Kuciak, who had written about political corruption in Slovakia, was found shot dead along with his fiancee Martina Kusnirova at their home outside Bratislava in February.

Police in Slovakia have arrested suspects in the slayings of an investigative journalist and his fiancee, a case that brought down the Slovak government, officials said on Thursday.

Prime Minister Peter Pellegrini said on Facebook that he was happy to receive news "that police arrested the suspects in the murder of two innocent young people."

Pellegrini said the investigation is "a priority" for his government.

Daniel Lipsic, a lawyer representing the families of Jan Kuciak and Martina Kusnirova, said the arrests were made early on Thursday.

Police confirmed that raids were taking place and arrests had been made, but did not mention the Kuciak case.

The murder shocked the nation and stoked public anger over corruption, leading to the biggest street protests in the country since Communist rule ended in 1989.

Kuciak had, among other things, investigated fraud cases involving businessmen with Slovak political ties. He had also looked into suspected mafia links of Italians with businesses in Slovakia. 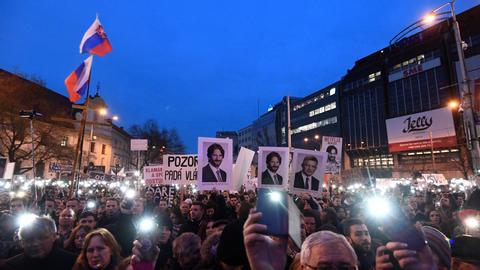 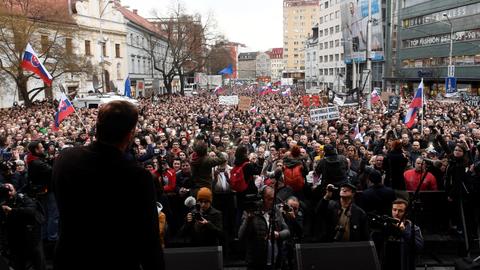