Tens of thousands of people from Spain's Basque Country joined hands to form a human chain running some 202 kilometres (125 miles) on Sunday to call for the right to hold a regional independence vote.

Around 175,000 people joined hands in a human chain stretching 202 kilometres (125 miles) on Sunday across Spain's Basque country to press demands for an independence vote in the northern region, organisers said.

Participants waved flags in Basque red, green and white as they took part in a chain stretching from the coastal resort of San Sebastian to the region's capital Vitoria, seat of the regional parliament, via business hub Bilbao.

The Gure Esku Dago (It's in our hands) group organised logistics for the event which saw around 1,000 buses bring people in for the rally.

"We have proved that we want to decide the political future of this country," said Gure Esku Dago spokesman Angel Oiarbide as he addressed supporters in Vitoria on self-determination for the Basque region.

This demonstration "proves that we are facing active and lively people who want to make decisions in a democratic way," said Basque regional parliament president, Bakartxo Tejeria.

Gure Esku Dago previously organised similar events in 2014 and 2015 as it pressed for a referendum for further political freedoms for a region which already enjoys substantial political and cultural autonomy under the Spanish constitution – as does Catalonia on the other side of the Pyrenees.

The event was also designed to show support for Catalonia several of whose pro-independence leaders were jailed or else fled abroad in the aftermath of last year's referendum which Madrid said was unconstitutional.

Pro-independence forces in the Basque region are jockeying for greater influence now that armed Basque separatist group ETA, which killed more than 800 people in a five-decade campaign of violence, announced it was disbanding on May 3. 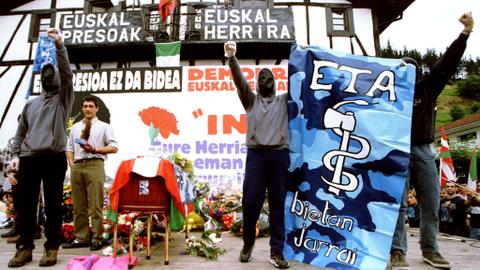 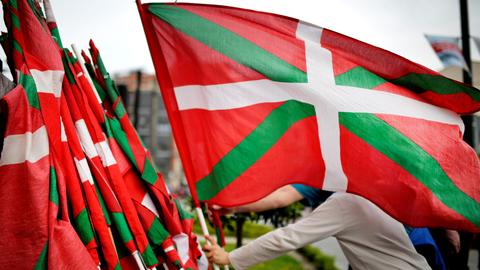 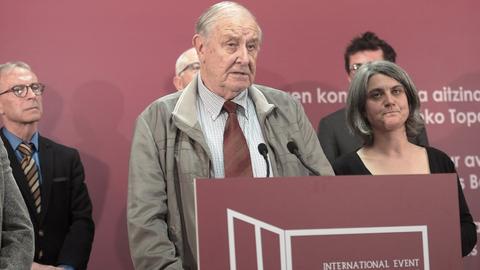