The second election in six months saw Spain’s political landscape become more fractured than ever before as the ruling Socialist Party lost seats, the far-right Vox party more than doubled its seats and nobody managed an overall majority.

With Spain’s ruling Socialist Party winning the second general election in six months but failing to secure the majority required to form a government, the country continues its political fragmentation.

In April this year, his party won 123 seats in the 350-seat parliament, this time around not only did his party lose three seats but also 760,000 voters on a reduced voter turnout as election fatigue sets in amongst the electorate.

Sanchez will have a hard time forming a coalition, as he is shy about 55 seats in an even more fractured parliament than in April.

Amidst all this, the far-right party Vox made unprecedented gains, contesting only its second election, its first being in April earlier this year.

Only 11 months ago, the party had no representation either in the parliament or municipalities. Fast forward, and the party in its first general election won 24 seats and has now more than doubled that to 52 seats, becoming the third-largest party in Spain.

Earlier this year when TRT World covered the rise of Vox, experts put it down to the Catalonian drive towards independence.

The far-right party has put the potential breakup of Spain at the heart of its campaign and many voters from the centre-right People’s Party, have abandoned the party in droves voting for Vox.

While Catalonia has been a central plank of the party’s manifesto, increasing migration, in particular along the Andalusian coast, has also played a part in the rise.

In December 2018 the party gained more than 10 percent of the vote in Andalusia, a province in the south of Spain and close to Morocco, on the back of its anti-immigrant rhetoric.

Not only did Vox take voters away from the more established People’s Party but also from Ciudadanos, another right-wing party that emerged from Catalonia but in opposition to the aspirations of the region towards independence.

Vox’s more hardline views on Catalonia have attracted voters that would have otherwise voted for Ciudadanos, which also only emerged in recent years.

In Catalonia, the pro-independence Catalan Republican Left party came first with 13 seats - and will likely foreshadow further confrontations in the restive region.

The rise of Vox has made the parliamentary arithmetic even more complicated for Sanchez’s Socialist Party. If Sanchez hopes to rule from the left, he will need Podemos, another left-wing party whose tally of seats is now 35 seats down from 42 earlier this year.

Podemos, however, has criticised Sanchez for allowing the far-right to gain a more significant foothold in the Spanish parliament.

The new would-be prime minister from the Socialist Party will not only have to contend with the difficulties of creating a workable coalition government but his perceived soft stance towards Catalonian independence activists may drive further support towards Vox. 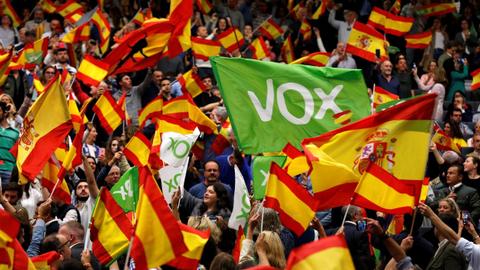 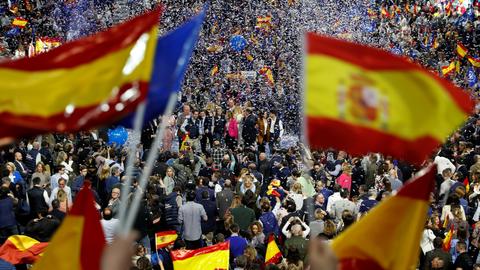 US, EU and allies hit Belarus with coordinated sanctions