Shouts of "Macron, resign" mingled with the tear gas near the famous Champs-Elysees avenue, the scene of the worst rioting in Paris for decades last weekend.

Police fired tear gas and arrested hundreds of people in Paris on Saturday as the French capital went on lockdown for the latest yellow vest protests against President Emmanuel Macron.

Crowds of protesters first tried to march down the Champs-Elysees avenue toward the Elysee palace but were prevented by rows of police.

TRT World's Ali Mustafa has the latest from Paris.

So a group of a few hundred took side streets and tried to get past a police barricade, and police fired back with tear gas.

Casataner estimated there were 10,000 yellow vest protesters in Paris, among some 125,000 protesters around the country.

Police were earlier searching people throughout zones of central Paris and confiscating goggles and gas masks from journalists who use them to protect against tear gas while covering demonstrations.

Shops, museums, metro stations and the Tour Eiffel were closed, while top-flight football matches and music shows had already been cancelled.

The French capital experienced its worst riots in decades last weekend, in scenes that shook the country and plunged President Emmanuel Macron's government into its deepest crisis so far.

France's interior minister Christophe Castaner said he expected "only a few thousand people" to descend on the capital after the 8,000 protesters counted last weekend, "but among them are ultraviolent individuals".

"These past three weeks have seen the birth of a monster that has escaped its creators," he said, adding that a "large-scale" security operation would be launched Saturday.

He vowed "zero tolerance" towards those aiming to wreak further destruction and mayhem, after dozens of vehicles were torched, shops looted and the Arc de Triomphe war memorial was wrecked last Saturday.

Prime Minister Edouard Philippe on Friday evening met a delegation of self-described "moderate" yellow vests who have urged people not to join the protests.

After the meeting a movement spokesman, Christophe Chalencon, said the premier had "listened to us and promised to take our demands to the president".

"Now we await Mr Macron. I hope he will speak to the people of France as a father, with love and respect and that he will take strong decisions," he said.

Philippe said 8,000 police would be mobilised in Paris out of 89,000 nationwide, and that a dozen armoured vehicles would be deployed - a first in the capital.

The French yellow vest protest movement is crossing borders, with demonstrations planned in neighbouring Belgium and in the Netherlands.

Neither country has proposed a hike in fuel tax — the catalyst for the massive and destructive demonstrations in France in recent weeks.

The area housing European institutions including the offices of the European Commission and the European Parliament was sealed off as a precautionary measure.

Police put up barricades there and both vehicles and pedestrians were denied access.

The protesters gathered in two districts of the city - Arts Lois and Porte de Namur - but there were no incidents of violence.

"There have been around 70 arrests following checks carried out as a preventive measure," Brussels police spokeswoman Ilse Van De Keere said.

According to Belga news agency, young protesters blocked a highway linking Brussels to the town of Rekkem in Flanders, located near the French border.

They also put up a barricade near the Franco-Belgian border close to Adinkerque, Belga said.

Some could be held in the city centre on what is a major Christmas shopping weekend.

Jan Dijkgraaf, editor of a Dutch "resistance newspaper" is calling for peaceful protests in the Dutch cities of Amsterdam and Rotterdam.

Shops around the famous Champs-Elysees boulevard - the epicentre of last week's battle - were busy boarding up their windows and emptying them of merchandise on Friday.

Much of the city will effectively be on lockdown.

The operators of landmarks like the Eiffel Tower and the Louvre and Orsay museums said they would be closed, along with operas, theatres, libraries and major department stores.

Foreign governments are watching developments closely in one of the world's most visited cities.

The US embassy issued a warning to Americans in Paris to "keep a low profile and avoid crowds", while Belgium, Portugal and the Czech Republic advised citizens planning to visit Paris over the weekend to postpone their visit.

In a warning of impending violence, an MP for Macron's party, Benoit Potterie, received a bullet in the mail on Friday with the words: "Next time it will be between your eyes".

Calls on social media for protesters to attack the police or march on the presidential palace have especially rattled the authorities.

Macron this week gave in to some of the protesters' demands for measures to help the poor and struggling middle classes, including scrapping a planned increase in fuel taxes and freezing electricity and gas prices in 2019.

But the yellow vests, many of whom who have become increasingly radicalised, are holding out for more.

Named after the high-visibility safety jackets worn by demonstrators, they began blocking roads, fuel depots and shopping centres around France on November 17 over soaring fuel prices this year.

Since then the movement has snowballed into a wider revolt against Macron's economic policies and his top-down approach to power.

Protests at dozens of schools over stricter university entrance requirements, and a call by farmers for demonstrations next week, have added to a sense of a government under siege.

And the hardline CGT union, hoping to capitalise on the movement, has called for rail and Metro strikes next Friday to demand immediate wage and pension increases.

Castaner estimated on Friday that 10,000 people were taking part nationwide.

"10,000 is not the people, it's not France," he argued, despite polls showing the protesters enjoying strong public support.

'President of the rich'

The protesters accuse the centrist president of favouring the rich and city-dwellers over those trying to make ends meet in car-dependent rural and small-town France. Many are calling on him to resign.

Macron's "cardinal sin", in the eyes of the protesters, was slashing wealth taxes shortly after taking office.

The 40-year-old former investment banker, dubbed "the president of the rich" by critics, has so far ruled out re-imposing the "fortune tax" on high-earners, arguing it is necessary to boost investment and create jobs.

But his climbdown on fuel taxes - intended to help France transition to a greener economy - marks a major departure for a leader who had prided himself on not giving into street protests.

Macron himself has not commented publicly on the crisis since his return from the G20 summit in Argentina a week ago.

On Friday he met gendarmes in the eastern Paris suburb of Nogent-sur-Marne ahead of the Saturday demonstrations. He is expected to address the protests in a speech early next week. 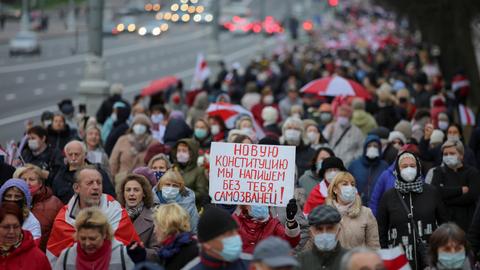 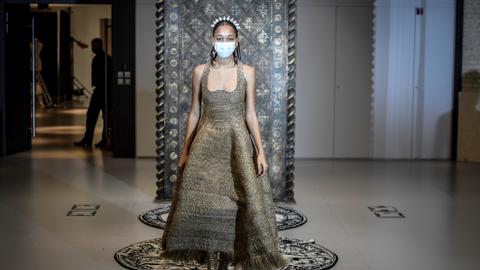