Bolton said Washington will help cushion Britain's exit from the EU with a free trade agreement that is being negotiated by US Trade Representative Robert Lighthizer and his British counterpart, Liz Truss.

As the United Kingdom prepares to leave the European Union on October 31, its biggest geopolitical shift since World War Two, many diplomats expect London to become increasingly reliant on the United States.

Bolton, in London for two days of talks with British officials, is seeking an improved US-British relationship with Prime Minister Boris Johnson after sometimes tense ties between Trump and Johnson's predecessor, Theresa May.

A central message Bolton was making is that the United States will help cushion Britain's exit from the EU with a free trade agreement that is being negotiated by US Trade Representative Robert Lighthizer and his British counterpart, Liz Truss.

A senior Trump administration official, describing Bolton's message to British officials, said Trump "wants to see a successful British exit from the European Union" and that a trade deal would help Britain.

'EU is worse than China' in trade negotiations

Trump had wanted to work with the May government on a trade deal but her government "didn't want to do it. This government does. We're very happy about it," the official told reporters travelling with Bolton.

Trump believes that "when it comes to trade negotiations the EU is worse than China, only smaller," the official said.

After breakfast with British Conservative Party lawmaker Bernard Jenkin, Bolton was to have lunch with Britain's cabinet secretary, Mark Sedwill.

Later he was to meet at No. 10 Downing Street with Edward Lister, who is Johnson's chief strategic adviser. Later in the day, he planned to meet Sajid Javid, the new chancellor of the exchequer.

On Tuesday, Bolton is to meet Truss as well as Ben Wallace, the new defence minister and Steven Barclay, the secretary of state for exiting the European Union, among other officials.

Bolton is expected to urge officials from Johnson's newly formed government to align its policy on Iran more along the lines of the United States, which has pushed a much tougher line against Tehran.

Britain has so far backed the European Union in sticking with the Iranian nuclear accord, known as the Joint Comprehensive Plan of Action, but the seizure of a British oil tanker in the Strait of Hormuz has put pressure on London to consider a more robust stance.

British marines seized an Iranian vessel, which is suspected of smuggling oil to Syria, off the coast of Gibraltar on July 4. This month, Britain joined the United States in a maritime security mission in the Gulf to protect merchant vessels.

Trump has also sought Britain's help in getting tougher on the Chinese telecommunications firm Huawei out of concern that its next-generation 5G technology represents a national security risk. Washington wants its allies, including Britain, to avoid using equipment from Huawei.

Britain’s National Security Council, then chaired by May, met to discuss Huawei in April and a decision was made to block Huawei from all critical parts of the 5G network but to give it restricted access to less sensitive parts.

But Bolton hopes to find a more friendly audience on the topic from the Johnson government. A final decision has yet to be taken by the British government. 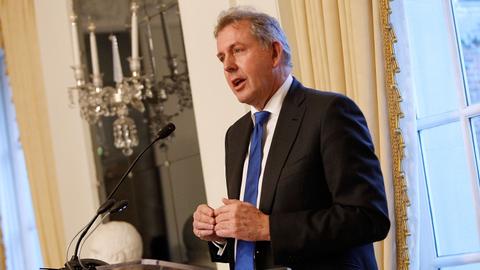 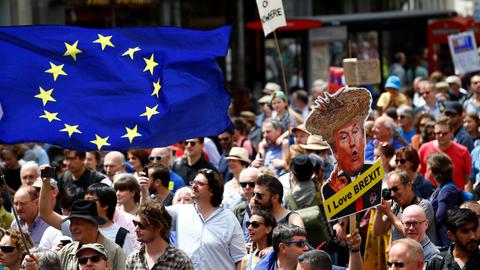