MI6 chief Richard Moore says Moscow and Beijing are investing in computer power to dominate all of the key emerging technologies, posing a threat that is needed to be addressed by the Western countries.

The chief of Britain's foreign spy service has warned that the West's adversaries such as China and Russia are racing to master artificial intelligence in a way which could revolutionise geopolitics over the next decade.

Richard Moore, chief of the Secret Intelligence Service, known as MI6, said on Tuesday quantum engineering, engineered biology, vast troves of data and advances in computer power posed a threat that needed to be addressed by the West.

"Our adversaries are pouring money and ambition into mastering artificial intelligence, quantum computing and synthetic biology, because they know that mastering these technologies will give them leverage," said Moore, who rarely surfaces for speeches.

"As a society, we have yet to internalise this stark fact and its potential impact on global geopolitics. But it is a white-hot focus for MI6," he said.

The world's spies, from Langley and London to Moscow and Beijing, are trying to grapple with seismic advances in technology that are challenging traditional human-led spying operations which dominated for thousands of years.

READ MORE: The future of war and deterrence in an age of autonomous weapons

Of particular concern to the West's spies are Russian and Chinese intelligence agencies which have rushed to harness the power of a range of sophisticated technologies, sometimes at a faster pace than in the West.

China’s economic and military rise over the past 40 years is considered to be one of the most significant geopolitical events of recent times, alongside the 1991 fall of the Soviet Union which ended the Cold War.

MI6, depicted by novelists as the employer of some of the most memorable fictional spies from John le Carré’s George Smiley to Ian Fleming’s James Bond, operates overseas and is tasked with defending Britain and its interests.

Moore said the service would have to change to harness new technologies.

"We cannot hope to replicate the global tech industry, so we must tap into it," he said. "We must become more open, to stay secret."

READ MORE: Which country is the world’s leading cyber power? 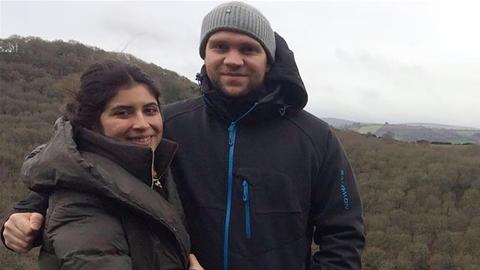