UK Prime Minister Boris Johnson is set to take control of planning if Britain opts for no deal and will chair an exit operations committee to prepare the response, The Sunday Times reports.

British ministers are warning supermarkets to stockpile food amid possibilities of a no-deal Brexit, with shortages feared as talks with the European Union remain deadlocked, The Sunday Times newspaper has reported.

Ministers are telling suppliers of medicines, medical devices and vaccines to stockpile six weeks' worth at secure locations in the United Kingdom, the report added.

Johnson and EU chief Ursula von der Leyen will hold another crisis call on Sunday to decide whether or not to abandon post-Brexit trade talks.

Sunday is just the latest in a string of supposedly hard deadlines for the negotiations but, with Britain due to leave the EU single market in 19 days, tensions are rising.

On Saturday, Britain took the dramatic step of announcing that armed naval vessels will patrol its waters from January 1 to exclude European crews from the fisheries they have shared, in some cases for centuries.

Brussels' tone has been less bellicose, and von der Leyen has made it clear that the EU will respect UK sovereignty after Britain's post-Brexit transition period, but neither side is yet ready to compromise on its core principles.

Without a trade deal cross-Channel trade will revert to WTO rules, with tariffs driving up prices and generating paperwork for importers, and the failed negotiation may poison relations between London and Brussels for years to come.

On Wednesday, after what von der Leyen described as a "lively and interesting" working supper with Johnson in Brussels failed to find a breakthrough, the EU chief said they had agreed to "come to a decision by the end of the weekend".

Much of the text of a possible trade deal is said to be ready, but Britain has rejected Brussels' insistence on a mechanism to allow it to retaliate if UK and EU law diverge in a way that puts continental firms at a competitive disadvantage.

"The defence of the single market is a red line for the European Union. What we have proposed to the United Kingdom respects British sovereignty. It could be the basis for an agreement," a senior EU source said, echoing an earlier von der Ley en statement.

In London, a spokesman for the Johnson government stressed that Britain was ready to leave the union and handle its own affairs after 47 years of close economic integration and that "as things stand, the offer on the table from the EU remains unacceptable.

"The prime minister will leave no stone unturned in this process, but he is absolutely clear: any agreement must be fair and respect the fundamental position that the UK will be a sovereign nation in three weeks' time," the source said.

Earlier, Downing Street had said the government had a playbook that "maps out every single foreseeable scenario" for potential problems after December 31, and "no one needs to worry about our food, medicine or vital supply chains".

Johnson has said it is "very, very likely" the talks will fail, and EU officials have expressed similar pessimism, but British negotiator David Frost and his EU counterpart Michel Barnier carried on talking late into Saturday night ahead of Sunday's deadline.

As talks continued in Brussels, some hardline Conservative MPs sought assurances from Johnson that the navy would be deployed to protect British waters.
But one leading Conservative, Tom Tugendhat, chairman of parliament's foreign affairs committee, tweeted in French that the whole process posed "a real and present risk of poisoning relations" between France and Britain.

And Tobias Ellwood, a former army captain who heads the UK parliament's defence select committee, said confrontations in the Channel would only be welcomed by Britain's enemies.

"We're facing the prospect of our overstretched Royal Navy squaring up to a close NATO ally over fishing rights," he told BBC radio.

"We need to be building alliances not breaking them apart."

READ MORE: EU and UK give each other until Sunday to save Brexit talks

WTO terms would mean tariffs and quotas, driving up prices for businesses and consumers, and the re-introduction of border checks for the first time in decades.

That has already raised the prospect of traffic clogging roads leading to seaports in southeast England, as bureaucracy lengthens waiting times for imports and exports.

Transport companies have also warned that EU member Ireland could see import volumes shrink in the event of new customs procedures for goods routed through Britain.

"As an industry we're looking to plan ahead but there's so many unknowns it becomes difficult," said Road Haulage Association director Martin Reid.

Logjams at the Felixstowe container port in eastern England and elsewhere have already raised fears of more to come, and delays in deliveries to shops, businesses and industry.

But the British government said they were mainly caused by a "global spike" in demand for consumer goods and the effect of the coronavirus outbreak on shipping. 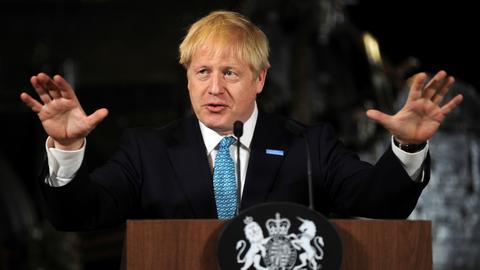 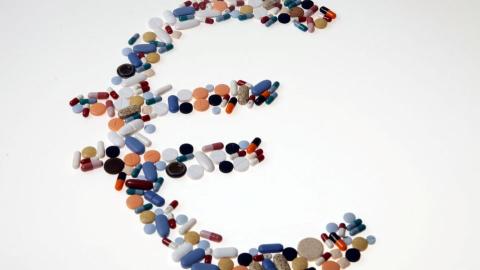