The non-profit has been under the spotlight since a US Justice Department suit linked one of its executives to the recruitment of spies inside Twitter, and a separate case accused individuals linked to the group in an assasination plot.

Saudi Arabia is reviewing the activities of a charitable organisation linked to a spying case and a separate alleged assasination plot in the US and Canada.

The Misk foundation markets itself as a non-profit organisation aimed at empowering the kingdom’s youth but has also been accused of serving as a vehicle to burnish the reputation of the country’s crown prince, Mohammed bin Salman.

However, it has also found itself associated with two major scandals in the United States. The first involves the Saudi plot to infiltrate Twitter by recruiting employees within the social media network and the second, an alleged assasination plot targeting a senior defector from the country’s intelligence services.

Bader Asaker, who was Misk’s secretary general at the time, is believed to be the foreign official who first made contact with the Twitter employees, according to the New York Times.

Saudi citizen, Ali Alzabarah, and Ahmad Abouammo, a US citizen, were recruited and groomed by Saudi intelligence services using cash and gifts in order to pass on data about users Riyadh was interested in, according to the US Department of Justice.

The second controversy stems from a case filed by Saad al Jabri, a former senior intelligence official in Saudi Arabia, who fled the country after falling on the wrong side of the crown prince.

Al Jabri’s lawsuit alleged that a hit squad was sent to murder him just days after the murder of Jamal Khashoggi in Istanbul in October, 2018.

Asaker is again named in the filing, having been accused of recruiting Saudi residents in the US to find out about Al Jabri’s whereabouts in his capacity as a Misk executive.

The Financial Times cites an unnamed Saudi official in its report about Misk being  “under review”.

Analysts the UK-based outlet spoke to speculated that given the organisations high profile  collaborations with Western brands, such as the Gates Foundation and Bloomberg, it was looking to distance itself from the recent scandals.

One anonymous analyst told the paper that given the controversies: “People aren’t going to want the association with these issues, it could stop some of the global partnerships.” 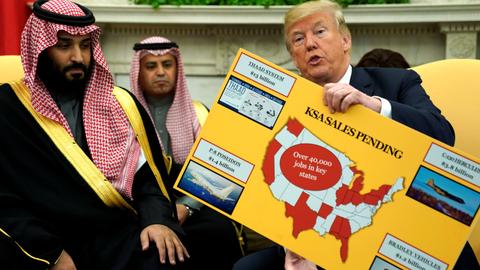