Bosnians in Montenegro wake up to anti-Muslim graffiti

Images of Serb war criminals were discovered on Muslim houses on Sunday - their unearthing comes at a curious time given that the Balkan country is in the throes of a run-up to its parliamentary elections.

Bosnian Muslims in Montenegro woke up to find their houses vandalised with graffiti that openly celebrated Serbian war criminals who are known to have ethnically cleansed Muslims.

The portraits of Pavle Djurisic and Draza Mihailovic, who were both members of a Serb nationalist paramilitary during World War II called the Chetniks, appeared overnight in the town of Berane. It has a sizeable Muslim population.

Both Djurisic and Mihailovic orchestrated the ethnic cleansing of Muslims in the Balkans between 1940 and 1945, resulting in the death and displacement of thousands.

The local municipal assembly of Berane, controlled by the opposition SNP party, has come out strongly against attempts to sow division in the local community posting on Facebook that the ruling party headed by Montenegro’s President Milo Djukanovic was behind the graffiti.

“Under their hoodies and in the cover of dark in the eve of the elections, there is an attempt to scare our respected Muslim neighbours,” said the statement.

Today in #Montenegro proserbian fascists systematically marked the #Muslim houses in city of #Berane with graffiti in...

On August 30, Montenegrins will head to the polls in a parliamentary election - through it, the opposition is aiming to loosen Djukanovic’s grip on the country. The president’s party has ruled the Balkan state since 1991.

The SNP went on to urge the local Bosnian and Muslim communities not to fall prey to the provocations and added that the local Orthodox population did not have problems living alongside Muslims.

The Bosnian Party of Montenegro added that "graffiti of this kind must not disturb the good, friendly and neighbourly relations that Bosnians have cultivated with their neighbours of other religions."

The region has a long history of discrimination against the country’s indigenous Muslims.

Many Islamic symbols in the town of Berane have been destroyed in the last 50 years, including what was once the central mosque. Much of the Muslim community’s charitable trusts were confiscated under the Yugoslavian communist regime, and have yet to be returned.

According to a recent report on anti-Muslim sentiment in Montenegro, “Muslims are presented as people who betrayed their own nation and faith by converting to Islam during the Ottoman era, therefore they don’t belong to Montenegro anymore and must be expelled or banished as Ottomans were.”

Muslims make up 20 percent of Montenegro, and are made up of Bosnians and Albanians.

The Muslim community has faced increasing hostility, particularly during the 1990s - a period of high political tension in the country.

A recent attempt to pass a bill on ‘Freedom of Religion or Beliefs’ by the Serbian Orthodox Church and the government of Milo Djukanovic, aimed to delineate the relationship between church and state. In the end, it resulted in the Muslim community being targeted by Serb politicians.

A Serb member of parliament, Andrija Mandic, warned Muslims not to vote for the law otherwise “horrible things might occur here.”

Mandic went on to warn the Muslim community, in what many saw as a call to arms, saying; “There are more hidden weapons in Montenegro than anywhere else; the weapons that will be unburied as soon as the first drop of blood falls. We will not seek justice through the legal system, but rather personally knock on the doors of those who did us injustice. That is the message you have to understand.”

The law on ‘Freedom of Religion or Beliefs’ passed but it nonetheless exposed some deep fault lines in society. 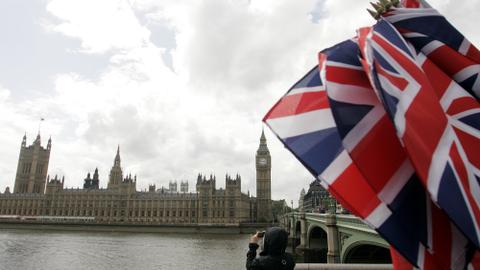 The UK is the only country in Europe losing inbound tourism