A socio-political profile of people who reject the use of face masks draws upon a new survey conducted on 1,000 French users in Facebook anti-mask groups. What do anti-maskers believe and why do they refuse to adhere to public health measures?

As the Covid-19 pandemic continues to affect the world, government measures to contain the virus have been witnessing a global pushback, with large numbers of people taking to the streets in various countries to protest the mandatory use of face masks and other lockdown rules.

Thousands have regularly flouted social distancing norms and rallied from Rome to Madrid, London to Melbourne in protest against what they believe to be government infringement on personal rights and freedoms.

Hundreds of people gathered for an anti-mask rally in Madrid, where Spain has recently increased restrictions designed to stop the spread of COVID-19. pic.twitter.com/6R0f1YaCNE

According to a new French study which analysed the growing phenomenon, a socio-political profile of an “anti-masker” is beginning to emerge.

The Jean-Jaures Foundation, a think tank which conducted the study, found that people who reject mask-wearing are more likely to be older, female, and have a high degree of distrust in public institutions.

Respondents were spread across the political spectrum, with 46 percent identifying themselves on the right and 36 percent on the left. 63 percent of those surveyed who were against masks were women, the average age was 50, and most were highly educated.

In France, masks have been mandatory on public transport and all enclosed public spaces since July 20.

Antoine Bristielle, a professor who carried out the study, said that a number of Facebook anti-mask groups were examined, and findings were based on over 1,000 responses to an online questionnaire conducted in mid-August.

Bristielle concluded that a strong mistrust of political and media institutions, a rejection of constraints and elites, and a permeability to conspiracy theories, were accelerated by the use of social media, which allowed for a mobilisation against mask-wearing.

He said the findings overall illustrated the “hollow fragility of our democracies”.

In the qualitative part of the study, when respondents were asked to explain the reasons for opposition to mask-wearing, four main objections were cited.

The first two were related to the efficacy of the mask itself — they are not sufficient enough to protect against virus contamination, and dangerous because they cause breathing difficulties and are a “hive of bacteria”.

The third was the belief that the pandemic is a hoax and has never existed, and that governments were engaged in a scheme to deceive their populations.

So why are governments mandating masks if a pandemic does not exist?

The fourth line of reasoning provides an answer: masks are being used to subjugate people by depriving them of their freedom: a “muzzle” intended to gauge how servile a population could be before the heralding of a “new world order”.

Those who did not understand this are, as the popular lexicon goes, “sheep”.

The quantitative portion of the study revealed that those who rejected masks showed a strong connection with libertarian positions.

87 percent agree with the idea that society works best when it allows people to take responsibility for their own lives; 95 percent think that the government interferes too much in daily life; 59 percent said that everyone should be free to do whatever they want.

Libertarianism designates attitudes that promote both economic liberalism (antagonism towards government interference in the economy) and individual freedom, an inclination espoused by many on the right.

“The attraction for libertarian theories combined with a structural mistrust of political institutions largely explains the refusal to wear a mask,” the study said.

That institutional distrust manifests in a greater susceptibility to conspiratorial theories.

Unsurprisingly, there was a strong dose of anti-vaxxer sentiment: 94 percent said they would refuse to be vaccinated against the virus, while 90 percent of respondents claim the health ministry is in cahoots with “big pharma” to hide the dangerous effect of vaccines.

57 percent believe there is a worldwide Zionist plot; 56 percent adhere to the far-right “replacement” theory which posits the deliberate displacement of Europeans by immigrants; and 52 percent think the ‘Illuminati” is real.

Traditional media was not spared either.

Only 14 percent of people trusted the information presented in printed newspapers and a dismal 2 percent from televised notices. 78 percent obtained their information online and 51 percent trusted social media.

There was also support for the controversial infectious diseases expert, Didier Raoult, who was highly regarded by 87 percent of the respondents, and almost all of them said patients infected with the virus should be allowed to use hydroxychloroquine.

Only 2 percent had confidence in president Emmanuel Macron and 3 percent in prime minister Jean Castex.

Like other Covid-19 prevention matters, the introduction of face-covering measures has varied dramatically from one European government to another, as has the attitude of citizens in following the rules.

On August 1, 20,000 people demonstrated in Berlin against mask-wearing and lockdown measures. Before the month’s end, up to 38,000 “corona skeptics” gathered in the German capital again, while on the same day Paris witnessed hundreds congregate to cries of “Liberty, freedom!”.

In London, several thousands recently mobilised in Trafalgar Square, calling the pandemic a “hoax” and demanding an end to restriction measures.

Quebec has seen thousands of their own denounce the establishment as a “health dictatorship” in Montreal since the end of July.

In the US, mask-wearing has become a politicised issue along party lines – sceptics are more likely to be Republican than Democrat – and rallies against mask mandates have popped up all across the country. 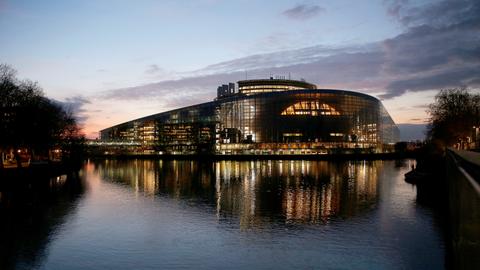