The list of global companies cutting ties with Russia continues to grow as sanctions against Moscow rack up over its attacks on Ukraine.

Major multinational corporations have begun pulling out of Moscow’s markets in retaliation to Russia’s invasion of Ukraine.

Russia’s rouble has plunged and The Institute of International Finance predicts its economy will experience an even worse contraction than its 7.8 percent drop in the Great Recession year of 2009.

How will Russian consumers be affected by the government’s military operation in Ukraine? Here is a list of leading brands taking a stance against Moscow amid worldwide outrage:

Apple not only cut Russia off Google Pay and Apple Pay, but also decided it would stop selling popular products, including its iPhone, in the country.

The tech company said in a statement on Tuesday that it was concerned about the attacks and “stands with all of the people who are suffering as a result of the violence”.

However, analysts have expressed concern that the gap left by Apple and other brands could be filled by Chinese brands seeking an opportunity to expand their market share.

“I would highly suspect that we will see some of the Chinese brands ramping up their volumes in the Russian market,” analyst Ben Wood told the Associated Press.

Meanwhile, Laptop maker Dell suspended product sales in Ukraine and Russia, and Nokia said it will stop deliveries to Russia to comply with sanctions.

One-by-one Western oil and gas companies are leaving Russia, threatening a huge financial hit to the country and ending years of profit from its markets.

The exodus was led by Russia's biggest foreign investor Beyond Petroleum (BP) which said in a statement over the weekend that it “will exit its shareholding in Rosneft,” a Russian integrated energy company headquartered in Moscow.

The energy giant said it held a 19.75 percent shareholding in Rosneft since 2013.

Norwegian energy group Equinor, who has been in Russia for over 30 years, followed suit, saying it will “stop new investments into Russia, and to start the process of exiting Equinor’s Russian Joint Ventures.”

“We are all deeply troubled by the invasion of Ukraine, which represents a terrible setback for the world, and we are thinking of all those who are suffering because of the military action,” Equinor Chief Executive Anders Opedal said in a statement.

Equinor said it held $1.2 billion in non-current assets in Russia, and believes the decision to leave will lead to impairments.

CEO Ben van Beurden said the company “will also work with aid partners and humanitarian agencies to help in the relief effort.”

ExxonMobil said in a statement on Tuesday that it will not invest in new developments in Moscow, deploring “Russia’s military action that violates the territorial integrity of Ukraine and endangers its people.”

US-based Exxon said it will leave its last project Sakhalin-1, which it operates “on behalf of an international consortium of Japanese, Indian and Russian companies.”

The project says it is "one of the largest single international direct investments in Russia.”

Meanwhile, France’s TotalEnergies said in a statement that it was staying put in Russia but “will no longer provide capital for new projects” in the country.

The unified international retaliation against Moscow can be seen most widely across the automobile industry.

Ford on Tuesday said in a statement the situation in Ukraine compelled the car manufacturer to suspend its operations in Russia, effective immediately.

“While we don’t have significant operations in Ukraine, we do have a strong contingent of Ukrainian nationals working at Ford around the world and we will continue to support them through this time,” the statement said.

The company also said it is making a $100,000 donation to the Global Giving Ukraine Relief Fund for humanitarian aid to assist those displaced during this crisis.

GM said it does not have plants in Russia, only sells about 3,000 vehicles annually there and has limited supply-chain exposure.

In addition, Harley-Davidson, Honda, Jaguar Land Rover and Aston Martin suspended shipments to Russia, while BMW halted exports and said it would stop local production there.

Daimler Truck, owned by the Mercedes-Benz Group, has suspended all cooperation with Russia's largest truck maker Kamaz, according to the Handelsblatt newspaper.

READ MORE: US firms lobby against sanctions on imports of 'cheap' Russian uranium

US airplane manufacturer Boeing said it was suspending parts, maintenance and technical support for Russian airlines.

A spokesperson told Reuters that Boeing will halt major operations in Moscow “as the conflict continues” to ensure “safety of our teammates in the region.”

This followed an earlier announcement that said Boeing stopped operations at its Moscow Training Campus.

Meanwhile, aerospace company Airbus said it would stop supporting Russian airlines after working with Russia over the past 30 years.

This comes after Meta said that it would block access to Russian news outlets RT and Sputnik in Europe according to the company's VP of global affairs Nick Clegg.

Clegg said on Twitter that the company “received requests from a number of Governments and the EU to take further steps in relation to Russian state controlled media.”

In addition, Google and YouTube said they would block Russian state media outlets from monetising on their platforms, such as by running advertisements.

We have received requests from a number of Governments and the EU to take further steps in relation to Russian state controlled media. Given the exceptional nature of the current situation, we will be restricting access to RT and Sputnik across the EU at this time.

Disney said it is suspending the release of its theatrical films in Russia, “given the unprovoked invasion of Ukraine and the tragic humanitarian crisis.”

“Given the scale of the emerging refugee crisis, we are working with our NGO partners to provide urgent aid and other humanitarian assistance to refugees,” said the statement.

WarnerMedia said that it would pause the release of the highly-anticipated film "The Batman" in Russia.

Meanwhile, Netflix also said it will not air Russian state channels in the country “given the current situation" the company told CNN Business.

Global bank HSBC said it is winding down relations with a host of Russian banks, while Nordic lender Nordea suspended trading in investment funds heavily exposed to Russia.

Dubai's Mashreqbank said it will cease lending to Russian banks, and Raiffeisen Bank International (RBI) said it is looking into leaving Russia, according to Reuters.

However, a spokesperson said RBI has no plans to exit Moscow.

In the retail and fashion world, Vogue Ukraine called for an embargo on luxury goods exported to Russia in an Instagram post.

“In the wake of unprecedented military aggression from the Russian Federation and the growing humanitarian crisis in Ukraine Vogue UA urges all international fashion and luxury conglomerates and companies to cease any collaborations on the aggressor’s market effective immediately,” it said.

The latest major fashion retailer to shun Russia is H&M which said it was temporarily pausing all sales in the country.

H&M said it was concerned about the developments in Ukraine and “stand with all the people who are suffering.”

Earlier, Nike made website and app purchases unavailable in Russia because it “cannot guarantee delivery of goods to customers.”

Competitor Adidas has not announced business changes in Russia, but did suspend its partnership with the Russian Football Federation (RFS).

Italian fashion retailer Yoox Net-a-Porter (YNAP) announced a similar halt in deliveries, informing Russian consumers that “due to the current situation, we are unable to complete any new orders in your country,” reports Business of Fashion.

In addition, Germany’s Deutsche Post DHL has suspended shipments to and from Ukraine and Russia, and is avoiding Ukrainian airspace.

Other shipping companies that have halted shipping for Russia are Germany’s Hapag Lloyd, MSC and Kuehne und Nagel.

And other noteworthy companies that have suspended business in Russia are Siemens, Sandvik, Norsk Hydro and Metso Outotec. 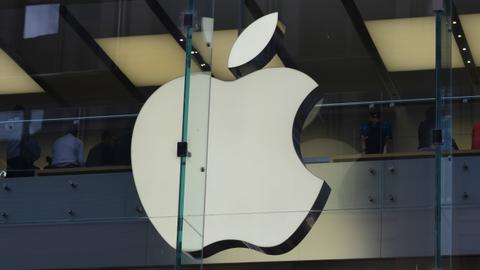