1
How social media is reacting to death of Tyre Nichols
2
Israel's controversial 'emergency regulations' bill, explained
3
How recycled computers offer Kenyan youth chance at a brighter future
4
Asia’s richest man was shorted by a US research firm. Chaos ensued
5
Will tanks change the course of the Russia-Ukraine war?

A kebab chef and a space engineering student joined forces to launch the first kebab into space. The spicy grilled delicacy almost made it.

Around sixty-one years ago, on April 12, 1961, Russian cosmonaut Yuri Gagarin launched to Earth orbit aboard the spacecraft Vostok 1, becoming the first person to reach space.

A kebab restaurant owner in Türkiye’s Adana marked the anniversary of the pioneering day that is now celebrated as the International Day of Human Space Flight the way he knew best: launching a hot, spicy kebab into space.

“I am happy to promote our city and our cuisine. I’m a man who likes to make firsts,” Yasar Aydin, quoted by Demiroren News Agency, said simply of his attempt on Tuesday. The southern province where the chef is based is famous for its kebabs. Its eponymous dish, Adana Kebab, consists of a long kebab made of hand-minced meat mounted on a wide iron skewer.

Aydin had long dreamed of the venture, but it was entrepreneur and space engineering student Idris Albayrak who helped turn the ambitious idea into reality. Albayrak decided that it wouldn’t take a spacecraft to send a kebab into space – a heat resistant styrofoam box would do the trick. A team of 30 people helped the entrepreneur design the box for the space kebab, which included a camera to monitor and record the historic flight.

They then connected it to a weather balloon filled with helium gas and placed Adana’s famous “pipe kebab” — which is wrapped around a steel pipe instead of skewers — in the box. The chef didn’t forget to add the traditional side dish essentials of onions and salad.

The weather balloon made it to an altitude of about 25 miles (35 km). However, it exploded in the stratosphere after a three-hour flight and fell into the Mediterranean Sea near the southern Turkish province of Hatay. Thanks to its tracking device, the remains of the kebab box were retrieved from a spot 121 kilometres away from the launch site.

Not one to be discouraged by the incomplete mission, Aydin is determined to feed space creatures with his kebab in the future.

“I think aliens sent it back because it had too much pepper. I will send a dish with less pepper next time,” he joked. 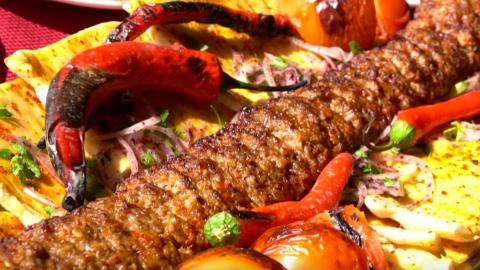 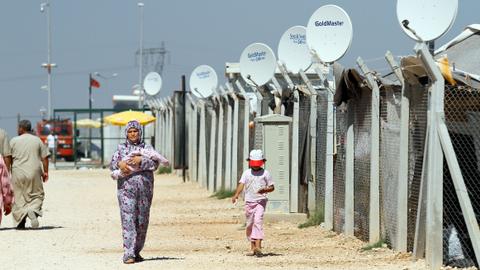 1
How social media is reacting to death of Tyre Nichols
2
Israel's controversial 'emergency regulations' bill, explained
3
How recycled computers offer Kenyan youth chance at a brighter future
4
Asia’s richest man was shorted by a US research firm. Chaos ensued
5
Will tanks change the course of the Russia-Ukraine war?