Amnesty says Shell "played a key role" in the tragic events in Ogoniland in the 90s, "providing logistical or financial assistance to the military when it was well aware they had been involved in murderous attacks on defenceless villagers."

Amnesty International on Tuesday called for Shell to be prosecuted for allegedly helping Nigeria's military to commit human rights abuses in the oil-rich south in the 1990s.

The London-based global rights watchdog said the oil giant should be tried in Nigeria, as well as Britain and Netherlands where it has its head office.

Shell's Nigerian subsidiary strongly denied the charges, calling them "false and without merit."

Audrey Gaughran, director of global issues and research at Amnesty, said it was "indisputable that Shell played a key role" in events in Ogoniland in the 1990s.

"But we now believe that there are grounds for a criminal investigation," she added in a statement after publishing a cache of documents relating to the turbulent period.

A criminal file will be prepared and submitted to the authorities "with a view to prosecution," she said.

Amnesty alleged that the oil major "repeatedly encouraged" Nigeria's military to deal with community protests in Ogoniland, which is part of the Niger Delta region.

It claimed the company was aware that "would lead to unlawful killings, rape, torture, the burning of villages" and even provided transport for troops.

"That it has never answered for this is an outrage," it added.

Was @Shell complicit in murder, rape and torture in Nigeria in the 1990s? Our groundbreaking investigation makes a strong case: https://t.co/w82GLPAYHc pic.twitter.com/xDLk4TD0cw

Community unrest forced Shell to quit Ogoniland in 1993, but the company still maintains a network of pipelines in the area.

Amnesty said Shell and the Nigerian military government at the time operated as business partners and had regular meetings to discuss the protection of their interests.

"Internal memos and minutes from meetings show Shell lobbying senior government officials for military support, even after the security forces had carried out mass killings of protesters," it said.

"They also show that on several occasions Shell provided logistical or financial assistance to military or police personnel when it was well aware that they had been involved in murderous attacks on defenceless villagers."

On November 10, 1995, Ogoni activist and writer Ken Saro-Wiwa and eight of his compatriots were executed on trumped-up murder charges.

That led to Nigeria's expulsion from the Commonwealth. The nation was readmitted in 1999 after its return to civilian rule.

A spokesperson for the Shell Petroleum Development Company of Nigeria Ltd (SPDC), said, "Amnesty International's allegations concerning SPDC are false and without merit.

"SPDC did not collude with the authorities to suppress community unrest and in no way encouraged or advocated any act of violence in Nigeria.

"We believe that the evidence will show clearly that Shell was not responsible for these tragic events."

Shell remains a major oil operator in Nigeria, accounting for much of the country's daily output of some two million barrels per day. 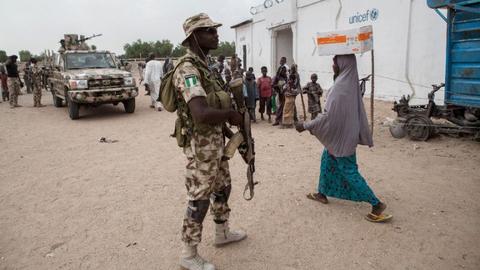