Cut off by war, Yemenis build cable cars to haul supplies across mountains

One repercussion of conflict which began in 2014 is the loss of supply routes to many communities. But residents of mountainous Al Jafariya district have found a smart way around this problem.

Almost two and a half years of war in Yemen has led to all types of sufferings and hardships.

The conflict that began in 2014 has not only caused thousands of casualties but also cut essential supplies to many communities.

But some people living in the remote parts of the country have found a way to haul essential goods across mountains.

Residents of al Jafariya district in the country’s western Raymah province have built cable cars to transport the goods they need.

“Because of the rugged roads and the inaccessibility of services and the long distance up the mountain, we built a lift to carry things to the top of the mountain," Bassam Abdullah, a resident of Al Jafariya, says. "It saves effort and also cost." 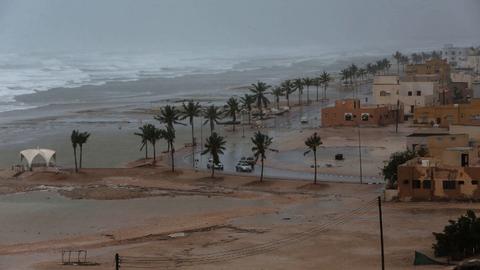