The rising cases of suicide in Gaza are having a devastating impact on hundreds of families.

One of the saddest aspects of life in the Gaza Strip despite close family ties and the traditional influence of Islam is the increasing number of suicides.

Despair is increasing as the Israeli blockade affects most people both socially and economically.

Hana Nassar's late husband Naif was an unemployed accountant. He re-trained as a nurse before switching to a taxi driver.

But couldn't find work or provide for his family. In despair, he set himself on fire in the family bathroom.

"It's very hard. I stay away from people and don't visit anyone. I refuse to go out," Hana says.

"I don't go, in case I see his relatives and I'm asked about what happened, and why it happened. It's painful and annoying, and that's why I haven't visited anyone. I've become abnormally introverted." 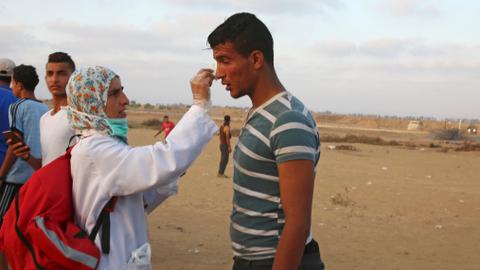