The Israeli parliament has adopted a controversial bill that defines Israel exclusively as the "nation state of the Jewish people," drawing condemnation globally from a host of nations, including Turkey.

Israel passed a law on Thursday to declare that only Jews have the right of self-determination in the country, something members of the predominantly Palestinian minority called racist and verging on apartheid.

The "nation state" law, backed by the right-wing government, passed by a vote of 62-55 and two abstentions in the 120-member parliament after months of political argument. Some Arab lawmakers shouted and ripped up papers after the vote.

"This is a defining moment in the annals of Zionism and the history of the state of Israel," Prime Minister Benjamin Netanyahu told the Knesset after the vote.

Largely symbolic, the law was enacted just after the 70th anniversary of the birth of the state of Israel. It stipulates that "Israel is the historic homeland of the Jewish people and they have an exclusive right to national self-determination in it."

The bill also strips Arabic of its designation as an official language alongside Hebrew, downgrading it to a "special status" that enables its continued use within Israeli institutions.

The law will also apply to territories occupied in 1967 such as East Jerusalem and the Golan Heights, which were annexed to the territory of the State of Israel by law, but which has not been internationally recognised.

Early drafts of the legislation went further in what critics at home and abroad saw as discrimination towards Israel's Arab population, who have long said they are treated as second-class citizens.

Clauses that were dropped in last-minute political wrangling – and after objections by Israel's president and attorney-general – would have enshrined in law the establishment of Jewish-only communities, and instructed courts to rule according to Jewish ritual law when there were no relevant legal precedents.

Instead, a more vaguely worded version was approved, which says: "The state views the development of Jewish settlement as a national value and will act to encourage and promote its establishment."

Even after the changes, critics said the new law will deepen a sense of alienation within the country's minority population.

"I announce with shock and sorrow the death of democracy," Ahmed Tibi, an Arab lawmaker, told reporters.

“It is certainly not possible to accept this racist step that shows its effort to legally erase the Palestinian people from their homeland,” presidential spokesman Ibrahim Kalin said in a tweet.

“We call on the international community to react against this injustice that happened before the eyes of the whole world,” he added.

Kalin also rejected "the efforts of the Israeli government to form an apartheid state."

The European Union also weighed in and expressed concern over the legislation.

"We are concerned, we have expressed this concern and we will continue to engage with Israeli authorities in this context," a spokeswoman for EU foreign affairs chief Federica Mogherini told a news briefing.

"We've been very clear when it comes to the two-state solution, we believe it is the only way forward and any step that would further complicate or prevent this solution of becoming a reality should be avoided," she said.

"We will keep ensuring civil rights in Israel's democracy but the majority also has rights and the majority decides," Netanyahu said last week.

"An absolute majority wants to ensure our state's Jewish character for generations to come."

Hassan Jabareen, the director general of Adalah, the Legal Center for Arab Minority Rights in Israel, said that the law had key elements of apartheid, which is prohibited under international law.

He said: "The new law constitutionally enshrines the identity of Israel as the nation state of the Jewish people only – despite the 1.5 million Palestinian citizens of the state and residents of East Jerusalem and the Golan Heights – and guarantees the exclusive ethnic-religious character of Israel as Jewish."

"By defining sovereignty and democratic self-rule as belonging solely to the Jewish people Israel has made discrimination a constitutional value and has professed its commitment to favouring Jewish supremacy as the bedrock of its institutions,” he said.

Israel’s Arab population is comprised mainly of descendants of the Palestinians who remained on their land during the conflict between Arabs and Jews that culminated in the war of 1948 surrounding the creation of the modern state of Israel. Hundreds of thousands were forced to leave their homes or fled.

Those who remained have full equal rights under the law but say they face constant discrimination, citing inferior services and unfair allocations for education, health and housing.

In Maalot-Tarshiha, a municipality in northern Israel which was created by linking the Jewish town of Maalot and the Arab town of Tarshiha, there was anger among Arab residents.

“I think this is racist legislation by a radical right-wing government that is creating radical laws, and is planting the seeds to create an apartheid state," said physician Bassam Bisharah, 71.

"The purpose of this law is discrimination. They want to get rid of the Arabs totally," said Yousef Faraj, 53, from the nearby Druze village of Yanuh. "The Israelis want to destroy all the religions of the Arabs."

Adalah, the Legal Center for Arab Minority Rights in Israel, called the law a bid to advance "ethnic superiority by promoting racist policies." 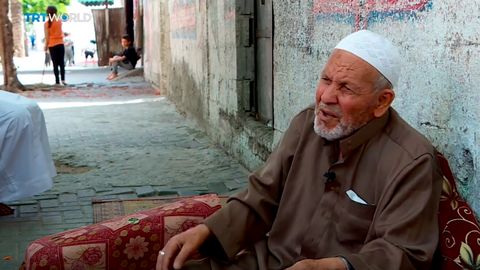