The judge in the trial ordered journalists removed from the courtroom, ruling that open proceedings would not be in the interest of 17-year-old Ahed Tamimi, who is being tried as a minor.

Palestinian protest icon Ahed Tamimi went on trial before an Israeli military court behind closed doors on Tuesday in a case that has drawn wide criticism of Israel for prosecuting the teenager.

Tamimi was charged for assault and incitement after a video of her slapping and punching two Israeli soldiers in the illegally occupied West Bank in December went viral.

After the prosecution read the indictment, the trial was adjourned until next month (March 11).

Earlier, the judge in the trial ordered journalists removed from the courtroom, ruling that open proceedings would not be in the interest of 17-year-old Ahed Tamimi, who is being tried as a minor.

Only family members were allowed to remain in the courtroom, with diplomats present to observe also asked to leave.

A large crowd of journalists had shown up to cover the trial of Tamimi, whose case has gained international attention.

Trials of minors in military court are typically closed, but Tamimi's lawyer said previous hearings for the teenager were open and she argued for it to remain that way.

"They understand that people outside Ofer military court are interested in Ahed's case, they understand that her rights are being infringed and her trial is something that shouldn't be happening," Tamimi's lawyer Gaby Lasky told journalists after having unsuccessfully objected to the judge's decision to close the trial.

As trial of 17-year-old Ahed Tamimi begins judge decides to make it a closed hearing. All journalists asked to leave.

"So the way to keep it out of everybody's eyes is to close doors and not allow people inside the court for her hearing."

Tamimi's supporters see a brave girl who struck two armed soldiers outside her West Bank home in frustration after having just learned that Israeli troops seriously wounded a 15-year-old cousin, shooting him in the head from close range with a rubber bullet during nearby stone-throwing clashes.

She has been charged with 12 counts including assault and could face a lengthy jail term if convicted.

The charges relate to events in the video and five other incidents. They include stone-throwing, incitement and making threats. 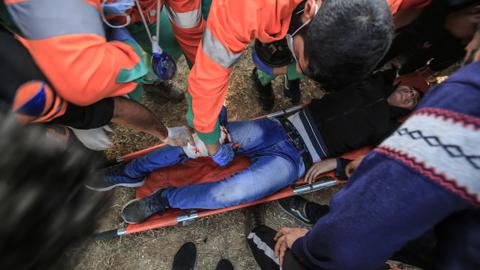 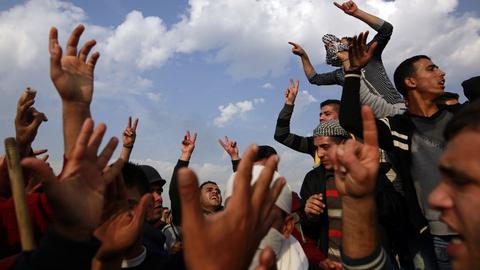