Over 30 dead as petrol tanker rams into vehicles in Kenya

The accident occurred near the town of Naivasha, some 90 kilometres north-west from the capital Nairobi.

More than 30 people died when a petrol tanker crashed into other vehicles and burst into flames in Kenya, officials said.

The accident occurred near the town of Naivasha, some 90 kilometres north-west from the capital Nairobi.

"Over 30 people confirmed dead, many injured and over 11 vehicles burnt at a road traffic accident along Nairobi-Naivasha," Pius Masai of Kenya's National Disaster Management Unit said in a statement early on Sunday.

He said the death toll could rise. Police said at least 10 people were injured.

Eleven vehicles were burned and continued to smoulder. The ground around the crash site was scorched. Residents stood around looking dazed, with some taking photos or selfies with their phones.

"This is a serious chemical incident," Masai said.

Kenya 35DEAD after petroleum tanker runs into 11 vehicles before bursting into flames along Nairobi-Naivasha highway pic.twitter.com/jyBhBDC0nU

"Police and other rescuers are still on the scene ... clearing debris."

Kenya has struggled to reduce the rising number of road accidents as more people acquire vehicles in the country's growing middle class.

According to the National Transport and Safety Authority 1,574 died in road accidents in the first half of this year, 86 more deaths than in the same period last year.

Making beauty out of trash 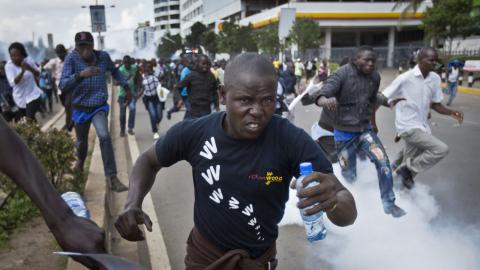 Human Rights Watch warns of violence ahead of Kenyan elections 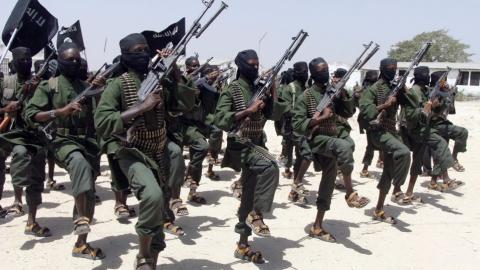