Qatar will raise its dispute with four other Arab states at the World Trade Organization on Friday.

The row has not yet been raised at the WTO, where Qatar and its allies in the Gulf Cooperation Council, which includes Saudi Arabia, Bahrain and the UAE, have appeared to work together as usual.

Qatar is ready to discuss "legitimate issues" with Arab states to end a regional crisis, but it said a list presented by them last week contained some demands that were impossible to be met because they were not true.

Qatari Foreign Minister Sheikh Mohammed bin Abdulrahman al-Thani said on Thursday that Doha was interested in negotiating legitimate issues concerning fellow Gulf states, but said some of the demands were not reasonable.

Turkey has backed Doha in its rift with four Arab states, which are boycotting the emirate over alleged support for terrorism, in what has become the worst Gulf Arab crisis in years. 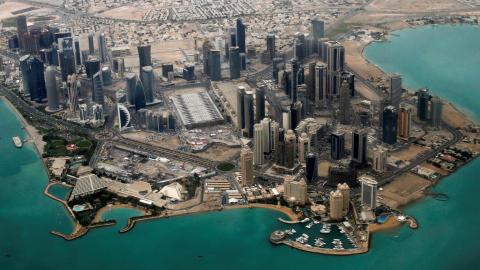