Russian defence minister Sergei Shoigu says Moscow has delivered four S-300 launchers along with radars and support vehicles to Syria and that it will take three months to train Syrian personnel to operate the system.

Shoigu said in televised remarks that Russia has delivered four S-300 launchers along with radars and support vehicles. Speaking during a Security Council meeting chaired by President Vladimir Putin, Shoigu said it will take three months to train Syrian personnel to operate the system.

Moscow announced the S-300 delivery to Syria after the September 17 downing of a Russian reconnaissance plane by Syrian forces responding to an Israeli air strike, a friendly fire incident that stoked regional tensions.

Russia is a key ally of Syrian regime leader Bashar Assad, that intervened in the country's civil war in 2015.

Shoigu said the integration of Russian and Syrian air defence assets into a single automated system will be completed by October 20.

He added that the Russian military has also significantly strengthened its electronic warfare systems in Syria.

"We now control a close zone of up to 50 kilometres (30 miles) and the far zone of 200 kilometres (124 miles) from where attacks on the Syrian territory were launched," Shoigu said.

State Department spokeswoman Heather Nauert said she could not confirm that Russia had delivered the system to Syria but said it would be a "concern" if it had.

"I hope that they did not," Nauert told reporters in Washington when asked about the Russian announcement. "That would be sort of a serious escalation."

The Russian plane's downing threatened the close security ties between Russia and Israel.

Earlier in the war, Russia had suspended the delivery of S-300s, which Israel feared Syria could use against it.

Moscow has tried to maintain good relations with Iran, which is also allied with the Syrian regime, and Israel, which is wary of Iran's growing influence in Syria.

The Israeli military blamed Syria for the Russian plane's downing, saying that its own fighter jets were targeting a Syrian military facility involved in providing weapons to Hezbollah.

The Israeli military said it warned Russia of the coming raid in line with de-confliction agreements.

But the Russian Defense Ministry said the Israeli warning came less than a minute before the strike and said one of Israeli F-16 fighter jets was flying close to the much larger Russian plane, resulting in the Syrian missile homing in on the bigger target. 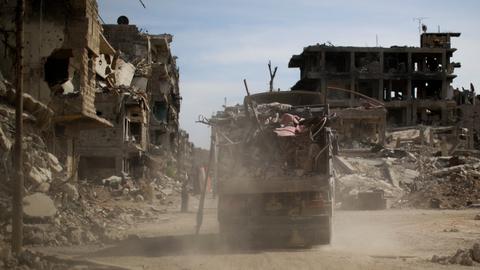 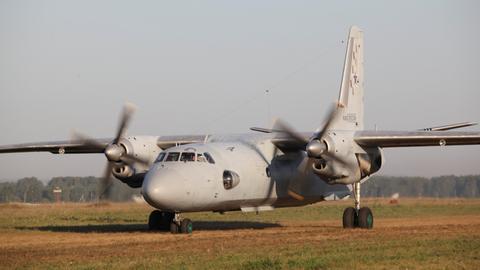