Turkey's President Erdogan told supporters at a rally to protest the deaths of 62 Palestinians as well as members of the OIC that Israel was a "terrorist state" that needed to be taken to task over its actions.

Turkish President Recep Tayyip Erdogan said on Friday he would raise the violence in Gaza at the United Nations General Assembly (UNGA) after dozens of Palestinian protesters were killed by Israeli security forces this week.

Erdogan castigated both Washington and the United Nations for the violence that followed the opening of the US embassy in Jerusalem.

Erdogan has described Israel as a "terrorist state" and accused it of using Nazi-like methods. Turkey declared three days of mourning following the Gaza events and Erdogan called for an extraordinary summit of the 57-member Organization of Islamic Cooperation (OIC).

In his opening address during the ongoing extraordinary summit of OIC late Friday, Erdogan said, "I clearly say: what Israel did is thuggery, atrocity and state terror."

"Israel must certainly be held accountable for the innocent people it has massacred in front of the international law. We will follow this issue in the United Nations General Assembly as well."

"Unfortunately, any step taken towards justice is being blocked by the US leadership in the Security Council."

"No one will give us a silver platter until Muslims claim their rights," added Erdogan.

The Turkish president also pointed out that condemnation alone would not end the occupation and persecution in Palestine.

For his part, the OIC Secretary General Yousef al Othaimeen called for opening an international probe into Israeli violence in Gaza.

"An international probe into the crimes is Israel committed against Gaza is an urgent and fair demand, and the aggressor should be sanctioned and held accountable," he said.

The final declaration of the OIC urged member states, the OIC General Secretariat and the OIC subsidiary organs to take the necessary measures to apply economic restrictions to countries, parliaments, companies or individuals who recognise the annexation of Jerusalem by Israel and follow the decision of the US to move its embassy.

The declaration asks the international community to "ban products of the illegal Israeli settlements from entering their markets, take measures against individuals and entities involved in or beneficiaries of the perpetuation of occupation and settlement regime."

Al Othaimeen affirmed "the necessary international protection for the Palestinian people due to the Israeli ongoing violations in the international occupation territories."

He added that Muslim people everywhere await real action that "puts an end to the Israeli open aggression against Palestinian people."

He also rejected the US move to relocate its embassy to Jerusalem, adding, "we emphasise the illegality of the US move."

The violence in Gaza has sparked a diplomatic row between Turkey and Israel, with the two countries temporarily expelling each other's senior diplomats this week.

Earlier, Erdogan addressed thousands of supporters waving Turkish and Palestinian flags in Istanbul's Yenikapi Square, calling for Muslim solidarity and accusing the United Nations of failing to stand up to Washington.

"If the Muslim world stands against cruelty in Gaza together, Israel's recklessness will not last," he said.

"The United Nations, which has failed to take effective steps against the United States, has taken another blow to its already worn-out legitimacy."

Escalating his criticism of Israel's actions, he likened treatment of Palestinians to the suffering endured by Jews in Nazi concentration camps.

"The children of those being subject to all sorts of torture in concentration camps during World War Two are now attacking Palestinians with methods that would put Nazis to shame."

Palestinian Prime Minister Rami Hamdallah told the rally that the world must act.

Trump's decision to move the embassy reversed decades of US policy, upsetting the Arab world and Western allies.

Turkey has said other countries should be prevented from following the US and moving their embassies to Jerusalem. Guatemala this week became the second country to move its embassy to the holy city, and Paraguay said it would follow suit this month.

Iranian President Hassan Rouhani, speaking at the Istanbul summit, called on Muslim countries "to totally cut their relations with the Zionist regime [Israel] and also to revise their trade and economic ties with America."

Along the Gaza-Israel border, it was reported to be quiet, and some people were reported to be in tents in an otherwise uneventful day at the border. 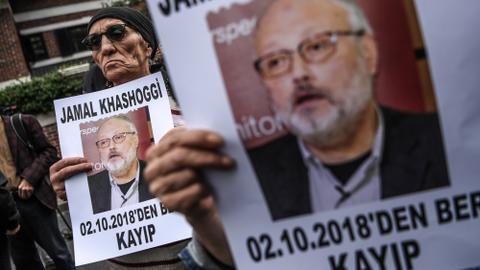 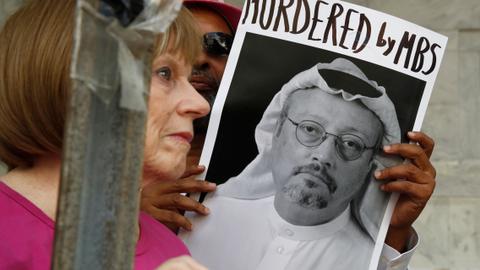