US urges Iraq’s Kurds to call off independence referendum

The White House urged Iraq's Kurdish leaders to cancel the September 25 vote on independence, saying the move is a distraction from the efforts to defeat Daesh. Germany has also renewed its opposition to the vote.

The United States said on Friday the plan for an independence referendum in northern Iraq’s semi-autonomous Kurdish region this month distracts from efforts to defeat Daesh and urged Kurdish leaders to call off the vote.

“The United States does not support the Kudish Regional Government’s (KRG) intention to hold a referendum later this month,” the White House said in a statement.

"The referendum is distracting from efforts to defeat Daesh and stabilize the liberated areas," it added.

It urged the KRG to “enter into serious and sustained dialogue with Baghdad, which the United States has repeatedly indicated it is prepared to facilitate.”

Germany also renewed its opposition to the unilateral independence referendum.

Speaking at a news conference in Berlin on Friday, government deputy spokesman Georg Streiter warned that such a move might lead to new tensions in an already-volatile region.

“The German federal government regards the territorial integrity of Iraq as the highest good and views it as indispensable,” he said.

“The government opposes a unilateral referendum on the independence of the Kurdish region, which is not agreed with the central government in Baghdad,” he added.

Earlier on Friday, the Iraqi Kurdish parliament approved a plan to hold a referendum on independence on September 25.

The non-binding referendum will see residents in provinces controlled by the KRG vote on independence from Iraq.

The plan ignored opposition from Baghdad and the wider region as well as Western concerns that the vote could spark fresh conflict.

The regional parliament’s decision came despite an intense diplomatic drive by the US, which has provided critical military aid to the KRG’s fight against Daesh, to persuade the Kurdish leadership to cancel the referendum.

The parliament session was the first held since the legislature was suspended nearly two years ago, though only 68 of 111 lawmakers attended due to a boycott by the main opposition movement Gorran.

“We’ve been waiting more than 100 years for this,” Omed Khoshnaw, a lawmaker from the Kurdish Democratic Party (KDR) of KRG President Massoud Barzani said.

Opposition to the vote

The opposition Gorran movement boycotted Friday’s parliamentary session, the first since a dispute between them and Barzani’s KDP caused the suspension of the assembly in October 2015.

“Those assembled in parliament today think this is a lawful session, but this is unlawful,” Birzu Majeed, the head of Gorran’s parliamentary block, told a news conference held while parliament was in session.

Kirkuk is home to sizeable Arab and Turkmen populations and lies outside the official boundaries of the Kurdistan region. It is claimed by both the Kurds and the central government in Baghdad.

Kurdish peshmerga fighters seized Kirkuk and other disputed territories when the Iraqi army collapsed in the face of Daesh in 2014, preventing its oilfields from falling into the hands of the terrorist group. 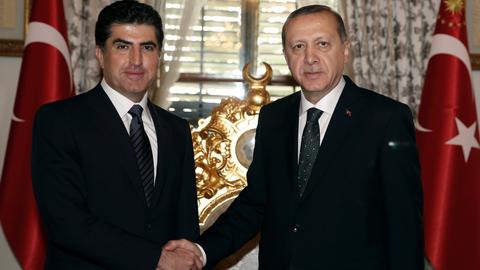