Bahrain once again comes under spotlight for rights abuses

Two international rights groups have published a damning report on Bahrain’s mistreatment of female political prisoners, pointing out the human rights abuses in Bahraini prisons and calling on the US and UK to intervene.

Rights groups on Tuesday harshly criticised the Bahrain government at a Washington DC event on Capitol Hill. Bahraini authorities were accused of systematically targeting and abusing female political activists in the country.

"These women were targeted for their opinions or those of their relatives," Legal Officer at Americans for Democracy & Human Rights in Bahrain (ADHRB) Bridget Quitter said.

Washington DC’s ADHRB is one of the two publishers of a September report called Breaking the Silence: Bahraini Women Political Prisoners Expose Systemic Abuses, along with The Bahrain Institute for Rights and Democracy (BIRD), based in London, UK. The report discusses the plight of nine Bahraini women who have been held prisoner and suffered abuses at the hands of their detainers.

In the Foreword to the report, Human Rights Watch Acting Middle East Director Lama Fakih writes: “These women’s accounts of torture, sexual abuse, and inhumane treatment should be cause for grave concern.”

She adds: “Their accounts point to a policy of intimidation aimed at punishing these women for participating in activities critical of the government and deterring other women from doing so.”

The nine women whose accounts are featured in ‘Breaking the Silence’ are; Ameera AlQashami, Ebtisam AlSaegh, Faten Naser, Hajer Mansoor, Medina Ali, Najah Yusuf, Zahra AlShaikh, Zainab Marhoon, and Zakeya AlBarboori. The report notes: “[They] have all been targeted by authorities in an effort to silence their human rights work, activism, political views, or those of their relatives, and were convicted in unfair trials, the majority of which were enabled by Bahrain’s broad counter-terror law.”

The report divulges that “Bahrain is the Arab country with the highest prison population rate per capita in the Middle East as of 2019”, sharing the top spot with Israel, citing the World Prison Brief. Women are especially vulnerable to being imprisoned because of threats of a sexual nature which not only affect the victims themselves, but their families as well.

Independent researcher, Jo Baker, says that the victim could be blamed for bringing this on herself. In the report, Baker is quoted as saying: “Most cultures attach a different value to women’s sexual activity compared to men’s - one that carries much more shame and responsibility, and links a woman’s human value with her sexual activity. In most cultures it’s therefore a short step to holding women responsible for involuntary sexual activity too – rape and victimisation – and judging them to be devalued.”

One of the nine prisoners, Najah Yusuf, said she has considered killing herself after being raped. “While being interrogated in police custody, I was also raped. My dignity was destroyed. At one point I was thinking of killing myself and throwing myself from a window so I could end the suffering. But I thought even though they are already keeping me in hell, I do not want to kill myself.”

Yusuf had been arrested for criticising the Formula One Grand Prix being held in Bahrain. Her arrest ironically illustrated the point that the country had an oppressive regime that didn’t tolerate dissent, and thus should not be rewarded with hosting international events.

Yusuf was not the only one who suffered at the hands of her prisoners. Ebtisam AlSaegh was also threatened with sexual assault and was sexually assaulted by authorities.

“The sexual assault Ebtisam and Najah were allegedly subjected to is particularly horrifying because of the very proven psychological and physical impacts that sexual assault has on detainees even after they’ve been released,” commented Aya Majzoub of Human Rights Watch, having read their allegations. “On top of that, especially in cultures like Bahrain’s, sexual assault is associated with connotations of shame being brought to the family. This kind of abuse can really have very far-reaching impacts on the lives of these women.”

A clinical psychologist cited in the report, Nimisha Patel, also commented on the abuse the women lived through. Calling it a “form of violence” and “amount(ing) to torture”. Patel said: “A woman’s body becomes the symbolic and literal container of the honour and dignity of the entire family. So what does that do? It makes women into walking targets. If you touch that woman; you get her father, her brother, her husband, her children. It’s the ‘perfect’ and most brutal way to destroy whole communities.”

The ‘Breaking the Silence’ report has included recommendations for the governments of Bahrain, the UK and the US. For Bahrain these include the release of Hajer Mansoor, Medina Ali, and Zakeya AlBarboori, “whose convictions involved serious fair trial and due process violations” and also conducting an “impartial, independent review of conditions at Isa Town Women’s Prison and Detention Centre and hold(ing) perpetrators of human rights abuses accountable”.

For the UK and the US the recommendations include pressuring “the Government of Bahrain to release Hajer Mansoor, Medina Ali, and Zakeya AlBarboori” and sanctions such as introducing an immediate embargo on the sale of arms and other equipment that may be used for the purpose of internal repression in Bahrain.

Women aren’t the only victims of human rights abuses in the Middle Eastern kingdom. Bahrain is known for executing people and using the death penalty as punishment despite questionable judicial processes.

For example, three men in two separate cases were executed by firing squad. Two of the executed men were convicted of "joining a terrorist group, committing murders, and possessing explosives and firearms to carry out terror acts".

The kingdom also makes use of mass trials and stripping Bahrainis of their citizenship, rendering them stateless. Amnesty International has condemned the practice, with Middle East Research Director Lynn Maalouf accusing Bahrain’s authorities of “increasingly relying on revocation of nationality as a tool for repression”. Around 900 people have now been stripped of their citizenship since 2012.

“Arbitrarily stripping people of their citizenship and rendering citizens stateless are blatant violations of international law. Bahrain’s authorities must immediately stop relying on these unlawful measures as punishment,” she said. 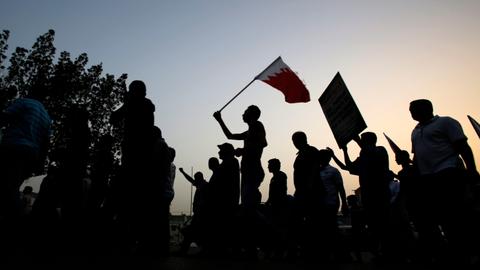 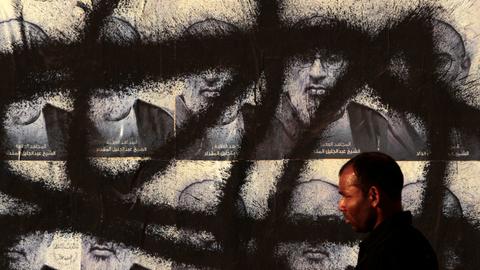 Why is Bahrain revoking nationality of its citizens?