The World Bank estimates that by 2050, if nothing is done to prevent it, there will be 216 million people internally displaced by the climate crisis with the Middle East being one of the most vulnerable regions.

Little rainfall, aggressive heatwaves and worsening drought have made the Middle East the most water-stressed region in the world, with the climate crisis threatening to displace millions of people.

Hussein Abu Saddam, head of the farmers' syndicate in Egypt which is hosting the COP27 global climate summit in November, said he is already witness to a climate-induced exodus from the countryside.

Agriculture in Egypt — "one of the most arid countries in the world" — has grown even less profitable because of new climate-linked hazards such as "the appearance of new parasites", he said.

"Young people from rural areas are migrating abroad or to big cities to work in industry."

By 2060, Egypt's already stretched agricultural sector could shrink by as much as 47 percent, researchers predict.

READ MORE: Why are sandstorms wreaking havoc across the Middle East

According to the UN refugee agency (UNHCR), "roughly 90 percent of refugees come from countries that are the most vulnerable and least ready to adapt to the impacts of climate change".

In 2021, natural disasters forced "nearly three million people" to leave their homes in Africa and the Middle East, she said. "And the situation is only going to get worse."

Globally, the World Bank estimates that by 2050, if nothing is done to prevent it, there will be 216 million people internally displaced by the climate crisis, including 19.3 million in North Africa.

As coastlines are affected, populations will naturally converge on big cities: Cairo, Algiers, Tunis, Tripoli, the Casablanca-Rabat area and Tangier.

But these "hotbeds of climate migration", the World Bank warns, are themselves vulnerable to rising waters.

In the Egyptian city of Alexandria, for example, two million people — nearly a third of its inhabitants — could be displaced and 214,000 jobs lost if the sea level rises by half a metre.

Climate-induced urban migration can "increase the pressure on natural resources", according to economist Assem Abu Hatab, "thus leading to social tensions and violent conflict" in a region where agriculture currently accounts for 22 percent of employment.

Already in Sudan, tribal clashes over access to water and land leave hundreds dead every year. In just two days in October, at least 200 people died when violence erupted in the southern Blue Nile state.

According to UNICEF, of the 17 most water-scarce countries in the world, 11 are in the Middle East or North Africa.

Jordan, one of the world's driest countries, had to double its water imports from Israel in 2021, and besieged Gaza has for years suffered chronic water shortages.

READ MORE: How armed groups can exploit the climate crisis 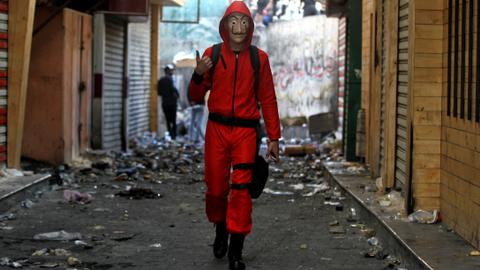