The proposed constitutional amendments include increasing the presidential term from four to six years, according to local media.

Egyptian opponents have launched an online campaign to reject proposed amendments to the country's constitution.

The move came shortly after the largest bloc in parliament, Support Egypt Coalition which holds 317 seats in the 596-member assembly, said it will ask parliament to amend the constitution.

According to local media, the proposed constitutional amendments include increasing the presidential term from four to six years.

While opponents tweeted against the proposed amendments, supporters of the Egyptian regime reiterated their support for the move to amend the charter on the ground of ensuring stability.

Several dignitaries, including former presidential candidate Hamdeen Sabahi, have joined the campaign on social media to voice their opposition to any constitutional amendments.

"The black train will move this week to amend the constitution," opposition MP Haitham Hariri wrote in his Facebook page.

The Egyptian constitution, which was issued in 2014, states that " in all cases, texts pertaining to the re-election of the president of the republic or the principles of freedom and equality stipulated in this constitution may not be amended, unless the amendment brings more guarantees."

President Abdel Fattah el Sisi was elected in 2014, one year after leading a coup against his predecessor Mohamed Morsi of the Muslim Brotherhood group.

Under the Egyptian constitution, Sisi is not allowed to run for a third term.

The Egyptian Presidency did not comment on the move, but Sisi said in a previous televised interview that he did not intend to amend the constitution and would refuse a third term. 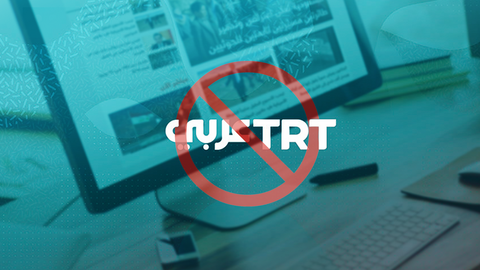