Iran was South Korea's third-largest Middle Eastern trade partner before the US unilaterally withdrew from a 2015 nuclear deal between Tehran and world powers and reimposed crippling sanctions.

A row between Iran and South Korea has intensified, with Tehran threatening legal action unless Seoul releases more than $7 billion in funds for oil shipments frozen because of US sanctions.

Iran had been a key oil supplier to resource-poor South Korea and in turn imported industrial equipment, household appliances and vehicle spare parts from Seoul.

"We have $7.8 billion of our money blocked in South Korean banks," said Iranian lawmaker Alireza Salimi, who is involved with the case.

South Korea took delivery of the Iranian oil "but did not pay for it,” he told AFP.

"It is not a reliable trading partner and it should pay interest on the money it is improperly holding," he charged.

A foreign ministry official in Seoul told AFP that "it is difficult to confirm" the exact amount of money involved.

South Korea stopped purchasing Iranian oil after former US president Donald Trump exited the nuclear deal in 2018, reimposing the harsh sanctions and threatening to punish anyone buying crude from Iran.

That year, Iran-South Korea trade fell by half compared to 2017, when it had stood at $12 billion, according to Iran's embassy in Seoul.

The volume of trade tumbled to just $111 million by mid-July 2020, according to embassy figures.

In January, Iran's Revolutionary Guards seized a South Korean-flagged tanker, the Hankuk Chemi, and held it and its captain for three months, ostensibly over alleged environmental violations.

The seizure was widely seen in South Korea as an attempt to force Seoul's hand over the frozen funds, though Tehran repeatedly denied there was any connection.

Last week, Iran's Foreign Minister Hossein Amir-Abdollahian warned that his country would sue South Korea if it continued to refuse to honour its debt.

"US pressure [on Seoul] is a fact but we cannot continue... to turn a blind eye to this question," he said.

If Seoul fails to unblock the funds, the government would allow Iran's central bank to take legal action against two South Korean lenders holding the money, he said.

Amir-Abdollahian said he spoke with his South Korean counterpart Chung Eui-yong about the issue at the end of last month.

"I told him it was unacceptable for our people to wait for three years" for the funds, he said.

The foreign ministry official in Seoul said there was no way to send the money due to US sanctions.

"We have been transferring the cost of crude oil imports to a Korean won account under the name of the Iranian central bank. And when a South Korean company exports to Iran, it receives payments from that account in Korean won," the official added.

South Korea also has used the frozen fund to pay around $16 million in Iranian arrears to the United Nations, the official said.

President Joe Biden's administration says it is ready to return to the 2015 deal and lift sanctions but negotiations have stalemated.

"We appreciate [South Korea's] vigorous enforcement of existing sanctions. These sanctions do remain in effect, as you know, until and unless we are able to reach that mutual return to compliance," State Department spokesman Ned Price said.

Lawmaker Salimi said Washington had given South Korea approval to supply Iran with merchandise in lieu of returning the funds.

But the South Korean foreign ministry official said that "for now, only humanitarian transactions, such as medicines, are possible with frozen funds.”

But South Korean appliances are still in high demand, despite the ban.

The head of Iran's appliances sector union said Iran's home appliance market is worth $6 billion per year, 40 percent of which is contraband goods smuggled in from abroad.

Maryam, a bride-to-be shopping in Tehran's Amin-Hozour street, a hub for household appliances, said she preferred to buy foreign products because "the quality is better and the prices are not so different from what is produced locally.”

But Amine Feizi, a machine operator, said he had bought a fridge, a washing machine and a television set, all made in the Islamic republic.

"I prefer products made in Iran because foreign ones are more expensive and because I want to support national production," Feizi said.

"In the years since our country has been under sanctions, the quality of Iranian-made products has improved." 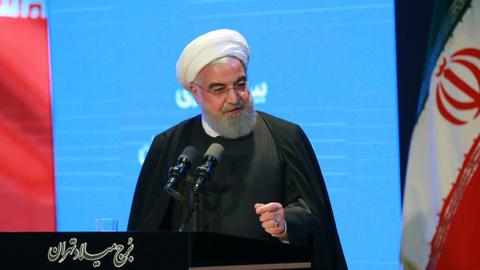 Iran unveils budget of 'resistance' against US sanction 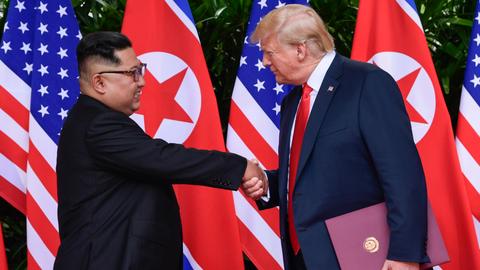 Is the US on the decline?