Most of the casualties on the ferry were women and children who could not swim in Tigris River near Mosul, officials say, adding search for missing is underway.

An Iraqi health official said the death toll from a ferry disaster in the Tigris River near Mosul has climbed to 94.

The ferry, said to have been overloaded, capsized with more than one hundred people on it, many of them women and children who had been celebrating the Persian new year of Nawroz and Mother's Day.

An Interior Ministry official said 94 people were killed in the accident, which residents said was the worst in recent memory.

Col Huasam Khalil, the head of Mosul's Civil Defence Authority said that the ferry sank because of a technical problem, and that there weren't many boats in the area to rescue people.

Iraqi TV said a court in Mosul detained nine workers operating the ferry and issued an arrest warrant for the owner of the tourist island where it was headed.

Iraq's prime minister decreed three days of national mourning as he visited the site of a river boat accident.

Women and children among dead

Falah al-Taii, director of Nineveh health department, said the number of victims that arrived at the forensic department and in the hospitals in Mosul is more than 60, the majority of them women and children.

"There is a large number of fathers and mothers who are looking for their children until now," he added.

Khalil said the accident occurred as scores of people were out in the tourist area celebrating Nowruz.

Nowruz, or the Persian new year, dates back to 1700 BC and incorporates Zoroastrian traditions. It is celebrated across territories that once made up the ancient Persian empire, stretching from the Middle East to Central Asia.

He said the ferry sank because of a technical problem, and that there weren't many boats in the area to rescue people.

The river's level was high because of a rainy season that brought more precipitation than previous years.

The boat was ferrying people to a man-made island used as are creational area by families, according to one witness.

"I was standing near the river back when suddenly the ferry started to tilt left and right, and passengers began screaming before it capsized," said Mohamed Masoud, a local civil servant.

"I saw women and children waving with their hands begging for help but no one was there to rescue them. I don't know how to swim. I couldn't help. I feel guilty. I watched people drown."

Abdulrazzaq Falih, a rescuer with the river police of Mosul, said he pulled more than 20 bodies from the water.

"Children, women, and young, what can I tell you? It was a difficult situation," he said.

A man who identified himself as Abdul-Jabbar al Jbouri appealed for the police to look for his wife and children.

"My wife and three daughters are in the water!" he screamed.

Iraqi Prime Minister Adel Abdul Mahdi ordered an inquiry in to the accident and said on Twitter that those responsible would be held accountable. 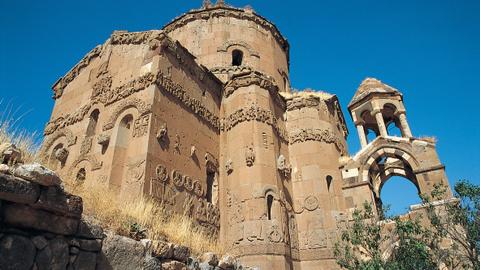