Around 940,000 soldiers and police officers, who serve Iraq, took part in early voting, which was opened early to them so that they can provide security on election day on Saturday.

Iraqi security personnel on Thursday cast their ballots ahead of Saturday's parliamentary elections amid tight security.

Data from Iraq's Independent High Electoral Commission (IHEC) showed that around 940,000 soldiers and police officers took part in early voting at 494 polling centres across the country.

Iraq has an estimated population of 38 million.

According to Colonel Nibras Mohammed Ali, head of Baghdad police's media office, early voting is open to security personnel so that they can provide security on election day.

"The establishment of the special voting day is for security personnel who must provide security during Saturday's election. If they cast their ballots on Election Day, their work will be influenced. They can't leave their posts to vote in disregard of the voters' safety," he said.

This will be the first general election in Iraq since the government declared victory over the Daesh in December last year.

But there are still some extremists in remote cities, and the country's security situation remains tense.

Iraqi security forces have warned of a possible increase in the likelihood of a terrorist attack during the election, which the authorities have taken new measures to prevent.

"We have intensified the collection of information and tightened security measures to guarantee the safety of polling centres. We are capable of protecting the centres and will prevent any terrorist from jeopardising the election," said Ali.

Around 7,000 candidates, representing 205 political entities, are vying for 329 seats in the election.

Muntazer al Zaidi, an Iraqi journalist, who had become famous for hurling his shoe at then US president George W Bush is one of the candidates.

Zaidi has vowed to do his part to rid the country of corrupt people if he wins office.

The most powerful alliances expected to win the most seats are headed by the same parties that have dominated Iraqi politics since 2003.

Prime Minister Haider al Abadi is seeking to retain his post but faces stiff competition from his predecessor, Nouri al Maliki, and the Fatah alliance of candidates who have close ties to the powerful, mostly Shia paramilitary forces.

Fatah is headed by Hadi al Amiri, a former minister of transport who became a senior commander of paramilitary fighters in the fight against Daesh. Many of the candidates on his list were also paramilitary commanders before they cut their official ties with the force in order to seek office.

Influential cleric Muqtada al Sadr also leads an alliance. He commanded fighters in the war against Daesh and headed a powerful militia that fought US forces in Iraq before that. But his campaign has focused on social issues and eliminating government corruption.

Because so many different political alliances are running, no one group is seen as being able to win the 165 seats required for an outright majority. Instead, the bloc that wins the most seats will have to cobble together a majority by getting the support of smaller alliances.

The process of choosing the next prime minister is expected to take months and probably result in power being dispersed across different political parties with clashing interests. The current government is similarly fractured, making it almost impossible to pass legislation.

Until a new prime minister is chosen, Abadi will remain in office, retaining all his power.

The vote and count

Polls open at 7 am (0400 GMT) and close at 6 pm local time (1500 GMT) on Saturday. The independent body overseeing the election is estimating high turnout, because it comes amid a relative lull in insurgent attacks.

Many Iraqis are quick to condemn their current elected representatives because of entrenched corruption and the squandering of the country's significant oil wealth by previous administrations.

Still, there have been relatively high rates of voter participation, with turnout averaging more than 60 percent in previous elections despite security concerns.

Security has been tightened across Iraq in the days before the election. Baghdad, Mosul and other major cities are imposing curfews on election day, and travel between provinces already has been restricted. As of Friday, airports and border crossings will be closed. Daesh no longer controls significant pockets of Iraqi territory, but the terror group does occupy area inside Syria along Iraq's border.

An electronic voting system is being used for the first time this year to try to reduce fraud and speed up the counting process. Results will be released within 48 hours of Saturday's poll close, according to the independent body overseeing the elections. 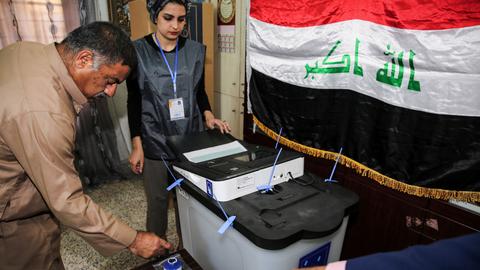 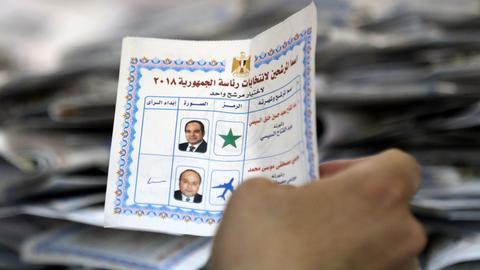 Egypt counts votes, with all eyes on turnout for Sisi's victory 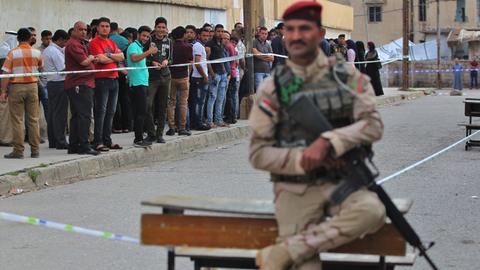 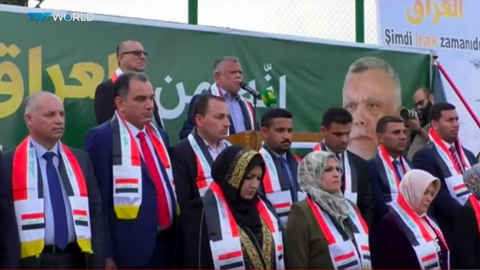 What should be the role of Iran-backed PMU in post-Daesh Iraq?