Israel accuses them of links to Popular Front for Liberation of Palestine, group banned by the Israeli military.

Israel on Friday designated six Palestinian human rights organizations as "terrorist organizations" and accused them of links to the Popular Front for the Liberation of Palestine (PFLP), a group banned by the Israeli military.

According to the daily Jerusalem Post, the Israeli Justice Ministry outlawed six Palestinian organizations, including the Addameer Prisoner Support and Human Rights, Al-Haq, the Bisan Center for Research and Development, Defense for Children Palestine, Union of Agricultural Work Committees (UAWC), and the Union of Palestinian Women’s Committees.

You’d think the circus act of declaring Defense for Children “a terrorist organization” plotting for “the destruction of Israel” would be the final straw. You’d think. Same way bombing the hell out of the tower housing int’l media outlets would be. Impunity breeds rabid regimes.

These organizations reportedly were declared illegal and accused of being extensions of the PFLP, which is described as a terrorist organization by the Israeli government, it said, adding that the decision was taken under the anti-terror law.

The institutions are considered to have a wide influence in the field of civil society in the occupied West Bank and the blockaded Gaza Strip.

Meanwhile, in a written statement, the Palestinian Foreign Ministry condemned the "attack by the authorities of the Israeli occupation state against Palestinian civil society and institutions, in particular the decision to designate six leading human rights organizations and non-governmental organizations as terrorists."

The PFLP is the second-largest group in the Palestine Liberation Organization (PLO) and was elected a member of the Legislative Council in the last parliamentary elections held in 2006.

The Israeli army in July sealed off the offices of the UAWC, a Palestinian non-profit organization in Ramallah, central West Bank, for six months.

Quote of the Day, from @hrw and @amnesty 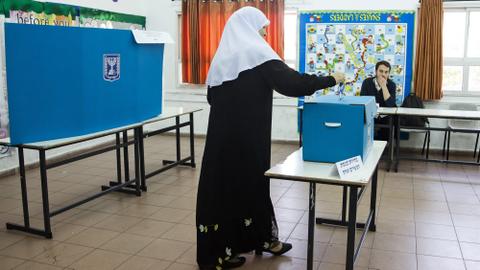