"The Israeli enemy carried out an air strike... from the direction of the occupied Syrian Golan... The aggression killed three soldiers and wounded seven others," it said in a statement early on Friday.

It added the Syrian regime army was able to shoot down some of the missiles with its air defence missiles.

Israel has made hundreds of strikes on targets inside regime-controlled parts of Syria over the past decade of its civil war, but rarely acknowledges or discusses such operations.

Israel has acknowledged, however, that it targets bases of Iran-allied militias, such as Lebanon's Hezbollah that fights on the side of Syrian regime leader Bashar al Assad's forces.

The airport is located south of the capital Damascus where Syrian opposition activists say Iran-backed militiamen are active and have arms depots.

Israel has for years carried out strikes in the area, including one on May 21 that resulted in a fire near the airport leading to the postponement of two flights. 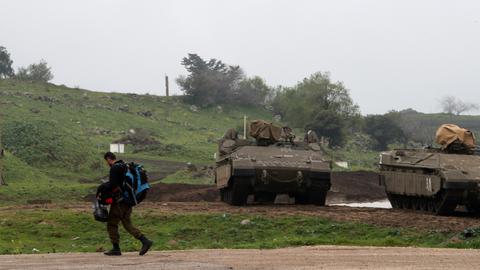