Dozens of Palestinian journalists have rallied outside a UN building in Ramallah to demand press freedom following violent clashes with the Palestinian police sparked by an activist's death in custody.

Days of clashes between protesters and police have left several journalists injured.

Reporters Without Borders said on Monday that during weekend unrest in the occupied West Bank 12 Palestinian journalists, including five women, had been assaulted by Palestinian police.

Naila Khalil, a reporter with The New Arab media outlet, said Palestinian reporters had submitted a letter to the UN urging the world body "to take necessary and immediate measures" to protect media freedom.

Mohammed Gharafi of the Ultra Palestine news site said he had been harassed by Palestinian security forces who threatened to confiscate his phone if he did not stop filming the protests.

Palestinian Prime ,inister Mohammed Shtayyeh said on Monday that those responsible for Banat's death "will be held accountable," according to the official WAFA news agency.

According to an autopsy, Banat had been beaten on the head, chest, neck, legs and hands, with less than an hour elapsing between his arrest and his death.

Banat had registered as a candidate in Palestinian parliamentary elections, which had been set for May until Palestinian President Mahmud Abbas postponed them indefinitely. 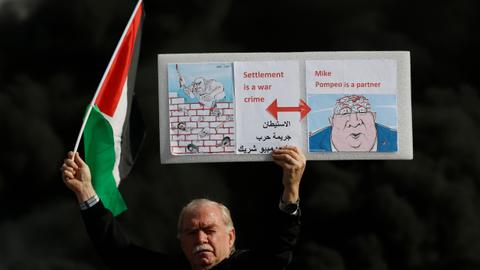 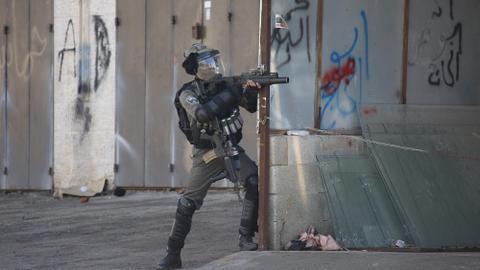