1
Britain, France send ships to Jersey as fishing row escalates
2
Turkey: Mercenaries in Libya should not be confused with legitimate troops
3
What does the Turkey-Egypt rapprochement mean for the Middle East?
4
Qatari finance minister arrested over alleged embezzlement
5
Indonesia state pharma faces lawsuit over reused nasal swabs in Covid tests

Saudi Arabia closed the sites to foreign pilgrims and traditional tourists from some 25 countries to stop the spread of the virus.

Saudi Arabia reopened two of the most holy religious sites in Islam, Al-Haram Mosque in Mecca and Al-Masjid al Nabawi in Medina, after they were closed for sterilisation to halt the spread of the new coronavirus, state TV Al-Ekhbariya reported on Friday.

Saudi Arabia closed the sites to foreign pilgrims and traditional tourists from some 25 countries to stop the spread of the virus.

It also said that citizens and residents of Gulf Cooperation Council countries wishing to enter must wait 14 days after returning from outside the region.

Saudi Arabia has reported five cases of the coronavirus.

It was not clear from the Al-Ekhbariya report if pilgrims would be allowed to return to the sites.

US health officials conducted tests aboard a cruise ship off the coast of San Francisco on Thursday to determine if any of its nearly 3,500 passengers and crew have contracted the new coronavirus.

Some of the stranded passengers on board the Grand Princess who have shown flu-like symptoms were being tested after one 71-year-old man who had been on board the ship on a previous voyage died from the virus.

The ship had been due to dock in San Francisco on Wednesday but was prevented from doing so.

Officials said there were 2,383 passengers and 1,100 crew on the ship, which cut short its voyage back from Hawaii after passengers and crew members developed symptoms.

"At this time, the Centers for Disease Control and Prevention (CDC), the California State Health Department and the governor's Office of Emergency Services, with the US Coast Guard are working to determine if COVID-19 is present on the ship," Mary Ellen Carroll, the head of the San Francisco Department of Emergency Management, told reporters.

She said 35 people had shown flu-like symptoms during the 15-day cruise, with many having already recovered.

"Testing protocols are being put into place on the ship for those passengers and crew that have shown flu-like symptoms or may have been exposed to the virus, and that is happening today," she added.

Carroll said once test results are back, the CDC and California state officials will determine the most appropriate location for the ship to berth.

"The location needs to provide for the safety of the surrounding community, as well as the passengers and crew," she said. "The CDC and the state are considering a number of locations including San Francisco."

The deadly coronavirus claimed its first British victim as a man died in a hospital in Berkshire, health officials said on Thursday.

The man had various health problems and been “in and out of hospital” but he was admitted to the Royal Berkshire Hospital and tested positive with COVID-19, a statement from the hospital said.

“Sadly, we can confirm that an older patient with underlying health conditions has died. The patient was previously in and out of hospital for non-coronavirus reasons, but on this occasion was admitted and last night tested positive for coronavirus,” read the statement.

The death came on a day the number of coronavirus cases hit 115 in the UK, more than double of the number two days ago.

He said: “The patient, who was being treated at the Royal Berkshire Hospital, was an older patient who had underlying health conditions.

“We believe he contracted the virus in the UK and contact tracing is already underway.”

The death toll from coronavirus in Italy has risen by 41 over the past 24 hours to 148, the Civil Protection Agency said on Thursday, with the contagion in Europe's worst-hit country showing no sign of slowing.

The government, which has imposed draconian measures to try to contain the outbreak, said it would double the money pledged to help the economy cope with the impact of the epidemic.

The accumulative number of cases in the country totalled 3,858, up from 3,089 on Wednesday.

The increase in both the number of deaths and the number of infections was by far the largest since the outbreak began in northern regions two weeks ago.

As the strain on hospitals increased, the northern Lombardy region, Italy's industrial and financial heartland that has reported by far the highest number of patients and deaths, told inhabitants not to go to hospital with anything other than urgent problems.

The epidemic is focused on a handful of hotspots in the north of Italy. However, cases have now been confirmed in each of the country's 20 regions, with 44 in central Lazio around Rome, and 45 in southern Campania, around Naples.

The Palestinian government confirmed the first coronavirus cases and declared a two-week ban on tourists visiting cities and sites, including Bethlehem's Church of the Nativity.

“The seven Palestinians are under quarantine,” she said.

Al-Kaileh said that it was decided to activate the emergency plan in the governorates of Bethlehem and Jericho.

Accordingly, all educational institutions and training centres in the Bethlehem Governorate will be closed for a period of 14 days.

All mosques and churches, including Nativity church in Bethlehem, will also be closed for a fortnight, the period the virus takes to show symptoms.

Earlier in the day, the Palestinian Health Ministry announced a state of emergency in the West Bank cities of Bethlehem and Jericho over suspected coronavirus cases.

The ministry said a hotel in Bethlehem was quarantined due to a number of suspected cases.

The Israeli Health Ministry confirmed a new coronavirus case in the occupied East Jerusalem, raising the total number to 16.

China on Thursday reported 31 more deaths from the virus, taking the country's overall toll past 3,000, with the number of new infections slightly increasing.

At least 3,012 people have now died nationwide in the outbreak that first emerged in the central city of Wuhan, capital of Hubei province, in December.

Most of the deaths –– 2,305 –– and cases have been recorded in Wuhan, which has been under an unprecedented lockdown along with the rest of Hubei since late January.

But the quarantine and other travel restrictions across the country appear to be paying off, with official figures showing a generally steady drop in new cases in recent weeks.

The National Health Commission also reported 139 new cases on Thursday, slightly up from 119 the previous day, raising the overall number of confirmed infections to 80,409. 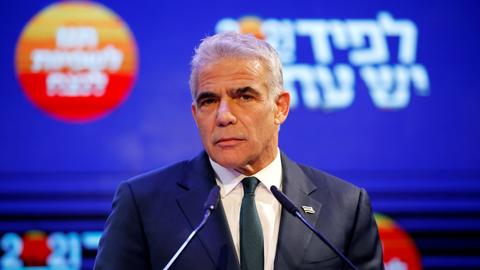 1
Britain, France send ships to Jersey as fishing row escalates
2
Turkey: Mercenaries in Libya should not be confused with legitimate troops
3
What does the Turkey-Egypt rapprochement mean for the Middle East?
4
Qatari finance minister arrested over alleged embezzlement
5
Indonesia state pharma faces lawsuit over reused nasal swabs in Covid tests