The initiative could change regional power dynamics and complicate efforts to revive a 2015 Iran nuclear deal as the eighth round of the negotiations is set to begin in Vienna next week.

Saudi Arabia is actively pursuing the development of its own ballistic missiles with China's help.

US intelligence agencies said satellite images prove the Saudis branched out to building rather than buying weapons from China, CNN reported on Thursday.

Several US officials were briefed in recent months on classified intelligence revealing multiple large-scale transfers of sensitive ballistic missile technology between China and Saudi Arabia, according to sources.

The move could cause Iran, the arch-rival of Saudi Arabia, to refuse pressure from the US, EU, Israel and other Middle eastern countries to stop pursuing its nuclear and missile programmes.

It is to be seen how Iran will react to the new development.

"The domestic production of ballistic missiles by Saudi Arabia suggests that any diplomatic effort to control missile proliferation would need to involve other regional actors, like Saudi Arabia and Israel, that produce their own ballistic missiles," Jeffrey Lewis, an expert on weapons who is a professor at the Middlebury Institute of International Studies, told CNN.

The Saudi missile program with Chinese technical aid could also affect US President Joe Biden administration’s efforts towards a thaw in relations with Beijing.

No violation of international law?

In a statement to CNN, a spokesperson for China’s Foreign Ministry shrugged off the development.

"Such cooperation does not violate any international law and does not involve the proliferation of weapons of mass destruction," the representative said in a statement.

The US has been aware of the Saudi missile programme dating back to the administration of former President Donald Trump.

Under Trump, the US let the matter go, thereby providing tacit approval to the Saudis.

"Normally, the US would have pressured Saudi Arabia not to pursue these capabilities, but the first indicators that the Saudis were pursuing these capabilities indigenously emerged during the Trump era," according to Ankit Panda, a nuclear policy and weapons expert at the Carnegie Endowment for International Peace.

"The Trump administration, to put it lightly, was not interested in bearing down on Riyadh over these issues," he added.

The Saudi government and embassy in Washington did not respond when contacted by CNN for comment. 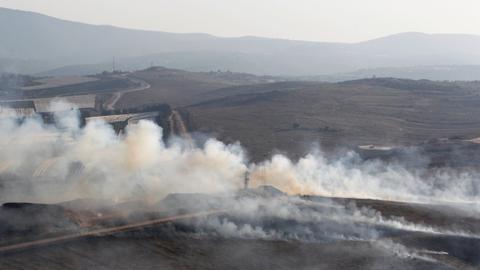