Iran's foreign ministry spokesman says the incidents near the coast of Fujairah are "worrisome and dreadful" and calls for an investigation into the matter.

Saudi Arabia said on Monday that two Saudi oil tankers were among vessels targeted by a "sabotage attack" off the coast of the United Arab Emirates (UAE), condemning it as an attempt to undermine the security of global crude supplies.

The announcement by the kingdom's energy minister Khalid al Falih came as tensions soared in a region already shaken by a stand-off between the United States and Iran.

US Secretary of State Mike Pompeo scrapped a planned visit to Moscow to head to Brussels instead for talks with European officials on Iran.

The UAE said on Sunday that four commercial vessels were hit by sabotage near the emirate of Fujairah, one of the world's largest bunkering hubs lying just outside the Strait of Hormuz.

The UAE gave no details on the nature of the sabotage or who was behind it.

Iran called for an investigation into the "alarming" attacks and warned of "adventurism" by foreign players to disrupt maritime security.

The hull of a Norwegian-registered product tanker was damaged by an unknown object off the coast of port Fujairah on Sunday, Thome Ship Management said on Monday.

"The master of MT Andrea Victory reported the crew were unharmed but there was a hole in the hull area of the aft peak tank. The ship is not in any danger of sinking," Thome said in a statement.

The vessel is 47,210 deadweight tonnes, according to Refinitiv data.

The UAE earlier said there were no casualties and operations at Fujairah port were normal.

The strait, a vital global oil and gas shipping route, separates the Gulf states and Iran, which has been embroiled in an escalating war of words with the United States over sanctions and the U.S. military's presence in the region.

Falih said in a statement that one of the two Saudi vessels attacked was on its way to be loaded with Saudi crude from Ras Tanura port for delivery to state-owned Saudi Aramco's customers in the United States.

The attack did not lead to any casualties or an oil spill but caused significant damage to the structures of the two vessels, said the statement carried on state news agency SPA.

Falih said the attack aimed to undermine maritime freedom and "security of oil supplies to consumers all over the world".

"The international community has a joint responsibility to protect the safety of maritime navigation and the security of oil tankers, to mitigate against the adverse consequences of such incidents on energy markets and the danger they pose to the global economy," he said.

The US Maritime Administration said in an advisory on Sunday that the incidents off Fujairah, one of the seven emirates that make up the UAE, have not been confirmed and urged caution when transiting the area. It said, "the precise means of attack or sabotage is unknown".

Earlier this month, the Maritime Administration warned that US commercial ships including oil tankers sailing through key Middle East waterways could be targeted by Iran in one of the threats to US interests posed by Tehran.

Iran's foreign ministry spokesman called the incidents on Sunday to ships near the coast of Fujairah "worrisome and dreadful", and asked for an investigation into the matter. 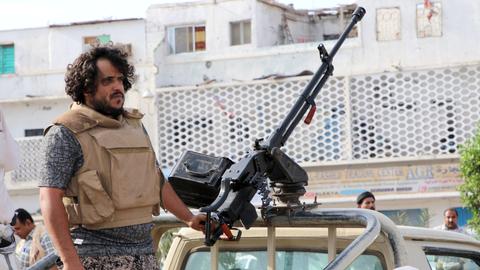