Ahmed al Amari, a Sunni Muslim, was arrested in August when security forces raided his home and then held in solitary confinement, according to the activists.

A prominent Saudi Imam and preacher at the Prophet's Mosque in Medina died after five months in detention, his family and rights activists said, amid heightened criticism of Riyadh's human rights record following the murder of journalist Jamal Khashoggi.

Sheikh Ahmed al Amari, former dean of the Quran College in the Islamic University of Madinah, died on Sunday, more than five months after he was arrested, said the social media advocacy group, Prisoners of Conscience, which monitors and documents arrests of Saudi preachers and religious scholars.

His death was due to being held in poor conditions, activists say.

TRT World spoke to Ali Al Ahmed, Director of The Institute for Gulf Affairs, for his take on the issue.

Ahmed al Amari, who previously served as a dean at Islamic University in Medina, was transferred to a government hospital earlier this month after suffering a brain haemorrhage, London-based rights group ALQST and activists said late on Sunday.

Amari's son, Abdullah, confirmed the death on Twitter and said funeral prayers would be held on Monday afternoon.

There was no immediate comment from the Saudi authorities.

Amari, a Sunni Muslim, was arrested in July when security forces raided his home and then held in solitary confinement, according to the activists.

He and some others detained at the same time are believed to be close to influential religious scholar Safar al Hawali, who was arrested in July 2018 after publishing a book critical of the Saudi royal family.

Saudi Arabia has witnessed a crackdown on dissent, including the arrest and alleged torture of women activists as well as liberal intellectuals and dozens of religious figures, even as Crown Prince Mohammed bin Salman has enacted some high-profile social and economic reforms.

The Gulf Arab state, an absolute monarchy where public protests and political parties are banned, says it does not have political prisoners and denies torture allegations.

Officials have said monitoring of activists is needed to ensure social stability.

The murder of Khashoggi, a journalist and Saudi critic, inside the kingdom's Istanbul consulate last October sparked a global outcry, tarnishing the crown prince's reputation and focusing attention on the treatment of activists and the war in Yemen. 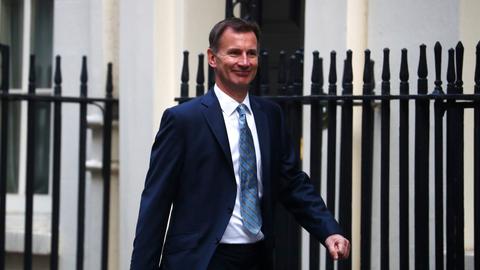