The US media and entertainment company had faced global calls to pull out of the controversial event following Jamal Khashoggi's murder inside the Saudi consulate in Istanbul on October 2.

Greased-up and trash-talking WWE stars clashed on Friday at the Crown Jewel extravaganza in Riyadh, which took place in the shadow of the killing of Saudi journalist Jamal Khashoggi.

Wrestling stars such as Shane McMahon, Seth Rollins and AJ Style brawled and snarled in the ring, sending a roar rippling through a soccer stadium packed with thousands of fans in Riyadh's King Saud University.

The evening offered little trace of the raging crisis over the killing of Khashoggi –– a critic of Crown Prince Mohammed bin Salman –– inside the Saudi consulate in Istanbul on October 2.

WWE superstars John Cena and Daniel Bryan stayed away from the event, but they offered no public explanation for their decision.

WWE had faced global calls to pull out of the Riyadh event following Khashoggi's murder.

John Cena just got replaced for WWE Crown Jewel. So it appears that rumor that Cena refused to perform in Saudi Arabia in wake of Jamal Khashoggi's murder (and the backlash) is true.

WWE representatives refused to answer questions related to the controversy, referring AFP news agency to an earlier statement in which it acknowledged it was "a very difficult decision" to hold the event after the "heinous crime".

"WWE has operated in the Middle East for nearly 20 years and has developed a sizable and dedicated fan base," the statement said.

"Similar to other US-based companies who plan to continue operations in Saudi Arabia, the company has decided to uphold its contractual obligations to the General Sports Authority and stage the event."

WWE Crown Jewel could be in trouble.

I was just told Reigns is currently injured and that Cena and Bryan are "refusing" to work the show. Many on the current WWE roster have expressed concerned with going, as well, but obviously not all of them have the power like Cena/Bryan.

'Here to be entertained'

Dozens of global CEOs and policy makers had pulled out of last month's Future Investment Initiative, an investment summit in Riyadh dubbed "Davos in the desert", in protest at the killing.

A local organiser at Friday's event shrugged off the global outrage, saying: "People are here to be entertained. You can hear it in the crowd."

It was the second WWE event held in the kingdom this year as part of a 10-year agreement with Saudi Arabia's General Sports Authority, headed by Turki al-Sheikh, who was present at the event.

The first WWE event in Saudi Arabia was held in western Jeddah city in April, at which the sports authority apologised over a promotional video that showed scantily clad female wrestlers drawing euphoric cheers from men and women alike.

Shane McMahon’s wife Marissa apparently produced a movie about a journalist who was assasinated by a government that didn’t like their reports ... and it comes out the weekend of WWE Crown Jewel in Saudi Arabia. pic.twitter.com/iKsuTI1ZVM

Hosting the event in the ultra-conservative petro-state would have been virtually impossible before dramatic reforms by Crown Prince Mohammed, who has clipped the powers of the religious establishment and promoted entertainment including mixed-gender events.

"Two years ago, men and women could not sit next to each other at a public event without being asked: 'Is she related to you'," said a Saudi government employee who was at the event with his wife.

He refused to discuss the Khashoggi affair, echoing the assertion of several local media that it was a Western conspiracy to malign the kingdom.

The crown prince has faced growing international pressure over the murder, even as the kingdom has vehemently denied its de facto ruler was involved.

Turkey's President Recep Tayyip Erdogan on Friday said the order to murder Khashoggi came from "the highest levels" of the Saudi government, without directly pointing fingers at the prince. 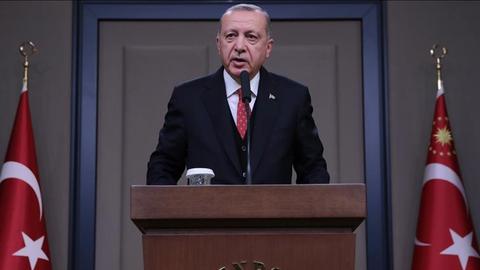