A suicide car bomb targeted a convoy of American forces and YPG terrorists in northeastern Syria. Two US soldiers are reportedly injured in the blast.

The Syrian Observatory for Human Rights said five YPG terrorists were killed in the attack, which occurred on a road in Hasakah province.

The British-based monitor also said two American soldiers were injured in the attack.

YPG is the Syrian branch of the PKK, recognised as a terrorist organisation by the EU, US and Turkey.

TRT World's Oubai Shahbandar has more on the story. 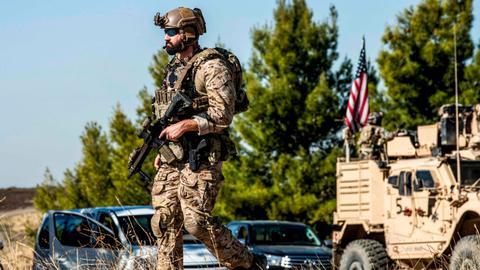