Food prices soared by more than 200 percent in less than a year due to the free-fall in neighbouring Lebanon's economy and Covid-19 lockdown measures in Syria, the World Food Programme has said.

Syria has been facing an unprecedented hunger crisis with over 9.3 million people lacking adequate food while the country's coronavirus outbreak, though apparently controlled for now, could still accelerate, UN aid agencies said on Friday.

The World Food Programme (WFP) told a briefing in Geneva that the number of people short of essential foodstuffs had risen by 1.4 million in the past six months.

🚨 WFP estimates that 9.3 million Syrians are now food insecure - this is more than half of the country's population. 🚨

Over the past 6 months, @WFP_Syria saw an increase of 1.4 million hungry people, the highest number ever recorded. pic.twitter.com/o5K6BZkD7A

Food prices had also soared by more than 200 percent in less than a year due to the free-fall in neighbouring Lebanon's economy and Covid-19 lockdown measures in Syria, WFP spokeswoman Elisabeth Byrs said.

After nine years of armed conflict, more than 90 percent of Syria's population lives under the $2 per day poverty line and humanitarian needs are growing, Akjemal Magtymova, the World Health Organization (WHO) Representative in Syria, told a separate briefing.

Fewer than half of Syria's public hospitals are functional, while half of the medical workforce has fled since the conflict began, she said, with those remaining facing a "pervasive threat of kidnapping and targeted killings".

Authorities have reported 248 coronavirus infections, including 9 deaths in government-held areas, while a further 5 cases and one death have been recorded in areas under the control of the YPG/PKK terror group in the northeast, WHO figures show.

"The official numbers represent a likely underestimate of the true numbers, and that's not unique to Syria at all," said Richard Brennan, WHO's regional emergency director.

After a slow start, Covid-19 outbreaks in Iraq, Egypt and Turkey accelerated and the same is expected in Syria, he said.

No infections have been reported in the opposition-and-rebel -held northwest, he said. But the heavily-populated region only has one functional laboratory and the risk of the new coronavirus spreading rapidly is high, he added.

Donors must be aware that the dramatic situation in war-shattered Syria could set off another river of refugees, as it did in 2015.

At the time, a million refugees reached Europe, crossing mainly from Turkey to Greece, and to a lesser degree from countries such as Libya to Italy. 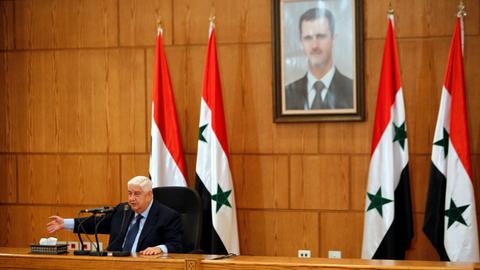 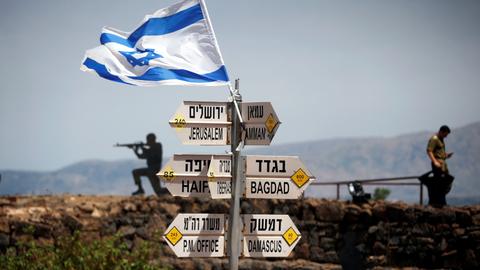