US State Department says civilian infrastructure must never be a target of military action as Syria Clans and Tribes Council calls on international actors to end support to the terrorist organisations in the region.

The United States and Syrian Clans and Tribes Council condemned an attack by the terror group YPG/PKK on a hospital in opposition-held northern Syria which killed at least 14 civilian patients and injured dozens.

“We condemn in the strongest terms yesterday’s attacks on the al Shifaa Hospital in Afrin, Syria,” US State Department spokesman Ned Price said in a statement.

“This barbaric attack took the lives of children, medical staff, and first responders. Civilians and civilian infrastructure, including hospitals, must never be the target of military action,” he added.

The statement said that the hospital’s coordinates have been shared with the UN deconfliction mechanism for Syria.

“This attack is part of a recent escalation of violence in northwest Syria and it must end,” it added.

The US called for an immediate nationwide ceasefire and a de-escalation in the country.

The statement made no mention of the YPG/PKK, a group the US has supported for years, and the group behind the attack.

The US has claimed it supports the YPG/PKK as an ally to fight Daesh, while Turkey argues that supporting one terrorist group to fight another makes no sense.

'To remain silent is green light to new massacres'

Syria Clans and Tribes Council also condemned the attack on Sunday and called on international actors to end support to the terrorist organisations.

“If this murderous terrorist organisation had seen a real deterrent to prevent it, it would not have committed these murders one after the other," the council said in a statement.

"However, this organisation, which is on the terrorist lists, moves forward as it receives unconditional support from those who add it to their terrorist list,” the statement said.

“YPG, which is the extension of the PKK terrorist organisation, is responsible for these murders and massacres,” the council added.

“To remain silent in the face of these events or to turn a blind eye to them does not mean anything other than giving the green light to new murders that know no borders.”

In its more than 35-year terror campaign against Turkey, the PKK – listed as a terror organisation by Turkey, the US, and the EU – has been responsible for the deaths of nearly 40,000 people, including women, children and infants. The YPG is the PKK’s Syrian offshoot. 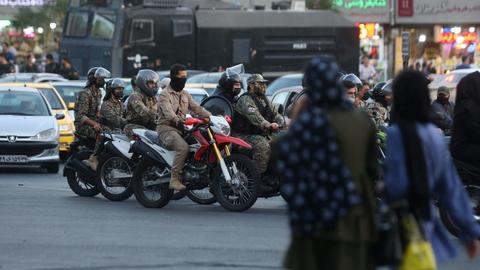 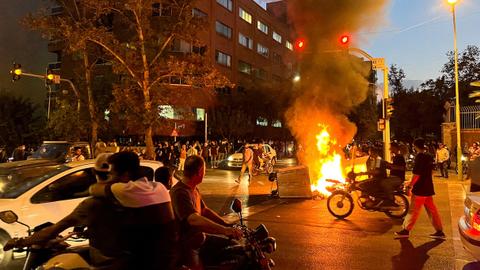 Amnesty: Children among dozens killed in Iran crackdown in Zahedan