A 20-member Turkish diving team and Iraqi emergency workers are engaged in recovery efforts after a ferry sank in the Tigris River last month, killing at least 102 people.

A Turkish team of rescue divers has earned the well-deserved praise of Iraqi officials for their "selfless" work in recovery efforts after a deadly ferryboat accident near Mosul late March.

"I cannot find a word to describe the help and contribution of the heroes of the Turkish Naval Forces Command after the disaster," Mosul police spokesman Mazin Abdullah told Anadolu Agency on Friday.

The 20-strong Turkish team of navy divers has been helping Iraqi emergency workers in recovery efforts after the sinking of an overcrowded boat on March 21 that killed at least 102 people in the Tigris river.

Rescue teams had managed to pull at least 12 survivors from the river. Among the victims were 12 children.

TRT World's Can Hasasu has more.

Abdullah also hailed the Turkish divers for their contribution to the "deep friendship" between the two nations.

The Turkish divers have recovered two bodies from the river since March 30, and over 85 people are thought to be missing.

Eleven people, including the owner of the ferryboat, have so far been detained by the authorities in connection with the deadly incident.

Nineveh Governor Nofal al Akoub was also dismissed from his post and an arrest warrant was issued for him over negligence. 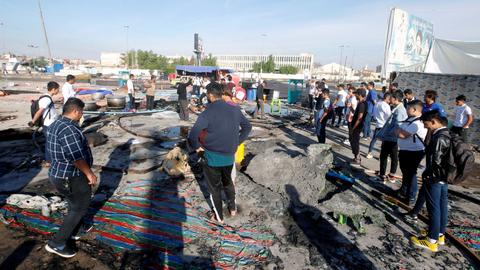