Routine vaccination in Lebanon has dropped by 31 percent, leaving a vast number of children vulnerable to disease, according to a new UN report.

Child vaccination rates in Lebanon have dropped by more than 30 percent, compounding a health crisis marked by drug shortages and an exodus of trained professionals, the United Nations has said.

"The critical drop in vaccination rates has left children vulnerable to potentially deadly diseases such as measles, diphtheria and pneumonia," the UN children's agency UNICEF said on Wednesday in a new report titled "A worsening health crisis for children."

"Routine vaccination of children has dropped by 31 percent when rates already were worryingly low, creating a large pool of unprotected children vulnerable to disease and its impact."

Between April and October 2021, the number of children who could not access health care rose from 28 per cent to 34 per cent, according to the UNICEF report.

With the government too poor to afford imports of basic commodities such as medicines, many are struggling to source lifesaving drugs, including those used to treat chronic illnesses.

According to the UNICEF report, more than 50 per cent of families were unable to obtain the medicines they needed and at least 58 percent of hospitals reported drug shortages.

Since 2019, Lebanon has been grappling with an unprecedented financial crisis that the World Bank says is of a scale usually associated with wars.

The currency has lost more than 90 percent of its value and more than 80 percent of the population now lives below the poverty line.

"Many families cannot even afford the cost of transportation to take their children to a health care centre," UNICEF representative Ettie Higgins said in a statement.

Making matters worse, the financial crash has sparked an exodus of healthcare professionals.

According to UNICEF, 40 percent of doctors and 30 percent of midwives have left the country. 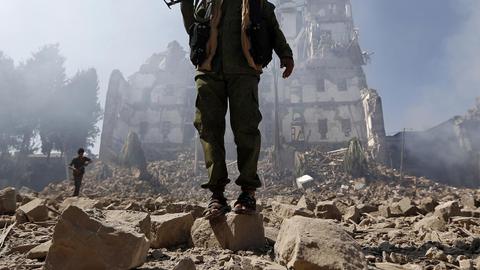