Political tensions linger as a failure by Unionist parties to agree to a government led by a Nationalist will call into question the former's commitment to peace and equality in Northern Ireland.

When it was established a century ago, Northern Ireland was deliberately designed by the British government to give control to a Protestant Unionist majority. The Unionist community identified as British distrusted the idea of being ruled by the government of the newly independent (and predominantly Catholic) Republic of Ireland.

In contrast, Nationalists were a minority aligned with the Catholic community and excluded from political power for much of the 20th century. The group identify as Irish and have advocated for an end to the British rule of Northern Ireland and its partition from the Republic of Ireland.

Northern Ireland made history last weekend when Nationalist candidates secured the biggest share of voters in elections for the devolved parliament known as the Assembly. The vote has brought the prospect of a United Ireland closer than ever, while also putting pressure on the sectarian power-sharing arrangement that has maintained a fragile peace in Northern Ireland for almost 25 years.

A step closer to a United Ireland

Having earned the largest share of votes in the Assembly elections, the Nationalist party Sinn Féin is now entitled to appoint its leader, Michelle O’Neill, the First Minister of Northern Ireland. If a government is successfully formed, O’Neill will be the first Nationalist and Catholic to hold the position of First Minister.

Mary Lou McDonald, the president of Sinn Fein and its leader in the Republic of Ireland, described the results as “a “great moment for equality.”

“The history of the North of Ireland is such that it was engineered and established precisely to prevent a Michelle O’Neill from ever being in the office of First Minister so I think it’s a great marker of change and a great statement of equality now that there is no office in the North of Ireland to which anybody can be excluded,” she said.

Securing 27 out of the 90 Assembly seats represents a historic milestone for Sinn Féin, a party that began its life as the political wing of the Irish Republican Army (IRA). The paramilitary group fought with the British State and Loyalist Paramilitaries from the Unionist Community during the bloody guerrilla war in Northern Ireland known as “the Troubles.”

Under the leadership of O’Neill and McDonald, Sinn Féin is now a left-wing party that has shaken off its murky past to earn the biggest share of voters of any party in both the Republic and Northern Ireland.

The results of the Assembly elections will be seen by many as putting a referendum on a United Ireland on the political agenda. O'Neill has said that there will be no Irish unification until voters decide on it. Meanwhile, McDonald has indicated that planning for any unity referendum – which has to be held in both Northern Ireland and the Republic - could come within the next five years.

The new Nationalist majority will also put pressure on the sectarian power-sharing arrangement which was introduced by The Good Friday Agreement in 1998 to end the violence of the Troubles.

The Good Friday Agreement introduced a power-sharing arrangement where parliamentary seats and ministries are allocated based on a party’s electoral share and where Unionists and Nationalists must form a coalition together i.e., neither community can rule by itself.

The power-sharing arrangement is based on a consociational model of democracy for societies emerging from conflict, or with the potential for conflict. Switzerland, Belgium, Israel and Lebanon each have consociational systems.

The largest party from the Nationalism and Unionist communities are entitled to appoint their leader as First Minister and Deputy Minister of Northern Ireland, depending on which party has the larger share.

In practice, the roles are the same, but few places are as obsessed with symbolism as Northern Ireland.

Having secured the biggest share of votes of any Unionist party, The Democratic Unionist Party (DUP) is entitled to appoint the Deputy First Minister.

Used to occupying the symbolic role of leader of the state, the DUP and its leader Jeffrey Donaldson will now be reluctant to take part in a government that is seen as Nationalist-led.

If Northern Ireland's politicians fail to form a government in the next six months, a requirement for a new election will be triggered. A failure by Unionist parties to agree to a government led by a Nationalist will no doubt provoke tensions among many and call into question Unionists’ commitment to peace and equality in Northern Ireland.

“It goes to the entire core of the project not just of peacebuilding but of developing politics in the North of Ireland,” said McDonald. “It’s clearly not acceptable for the DUP to refuse to serve with Michelle O’Neill simply for the first time we have a republican First Minister.” Hannah McCarthy is a journalist and lawyer based in Beirut where she covers the Middle East. 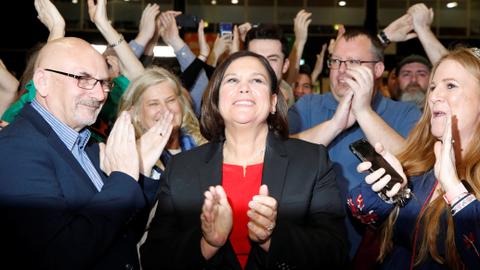 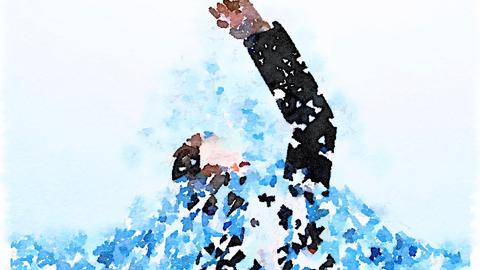